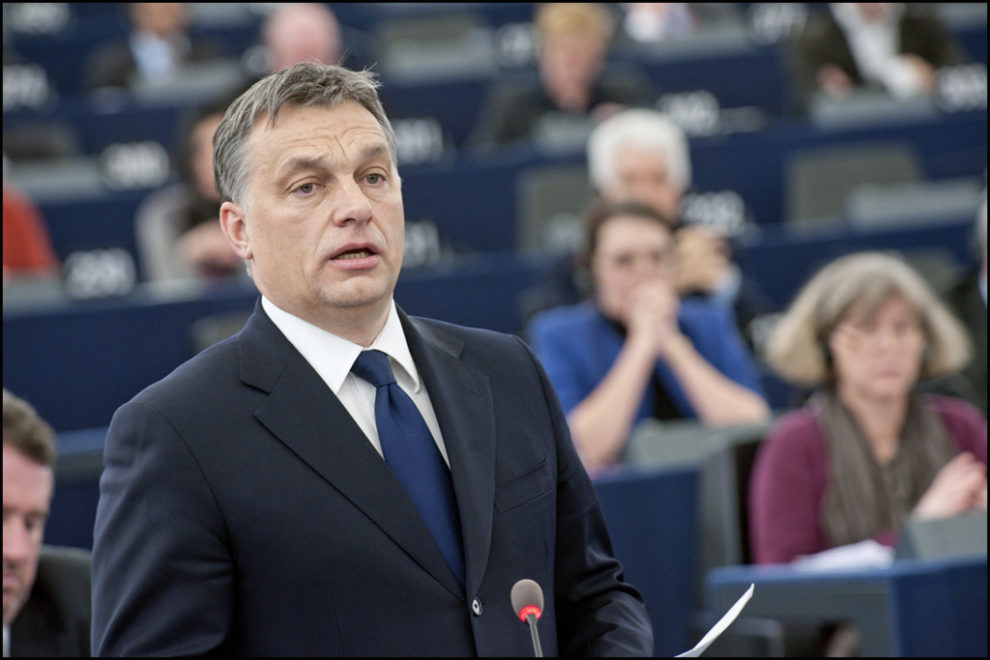 Addressing a jubilant crowd chanting his name, Orban said: “We have won a great victory — a victory so great you can perhaps see it from the moon and certainly from Brussels”.

Orban’s administration has presided over repeated confrontations with the European Union, including over the neutering of the press and judiciary, and measures targeting the LGBTQ community — also the subject of a vote on Sunday.

The 58-year-old, already the longest-serving head of government in the EU, was challenged by six united opposition parties seeking to roll back the “illiberal” revolution Orban’s Fidesz party has pursued during 12 consecutive years in office.

But with more than three-quarters of votes counted, Fidesz was on 54 percent compared to 33 percent for the opposition coalition, according to results from the national election office — an unassailable lead.

Peter Marki-Zay, 49, the conservative leading the opposition list, had characterised the election as a battle against “unfair and impossible circumstances” after casting his vote earlier in the day.

The opposition has been all but absent from state media.

MEP Marton Gyongyosi from the right-wing Jobbik party which is part of the opposition coalition, told the 444.hu site that “abuses” had taken place on Sunday and added: “This will have to be considered when talking about how the results of the elections can be respected”.

Orban has dismissed such complaints and insisted the vote was fair.

For the first time more than 200 international observers monitored the election in Hungary, an EU member, along with thousands of domestic volunteers from both camps.

On current results the far-right Mi Hazank party was projected to cross the five percent threshold to enter parliament for the first time.

“They have ruined our country, destroyed it,” she said of Fidesz, becoming visibly emotional.

While Marki-Zay had criss-crossed swing seats to reach voters directly, Orban preferred “closed events where he talked to his most loyal supporters”, said Andras Pulai of the opposition leaning Publicus polling institute.

Retired engineer Lajos Rebay, 78, told AFP he was voting Fidesz because “lots of positive things have happened in the last 12 years,” adding: “We must continue.”

Russia’s February 24 invasion of Ukraine cast a long shadow over the campaign.

Diplomatically, Orban fell into line with EU support for Kyiv despite his long-standing closeness to Russian President Vladimir Putin.

But at home, Orban has struck a neutral and even anti-Ukrainian tone at times, refusing to let weapons for Ukraine cross Hungarian territory.

He cast himself as the protector of stability and accused the opposition of “warmongering”.

Marki-Zay had tried to frame the vote as “a clear choice: Putin or Europe?”

As well as electing MPs, Hungarians were voting in a referendum designed to elicit support for what Fidesz calls a “child protection” law banning the portrayal of LGBTQ people to under-18s.

Budapest resident Regina, 25 — who refused to give her surname — told AFP she had spoiled her ballot in the “twisted” referendum which she said had portrayed LGBTQ Hungarians as an “enemy”.

Results of the referendum are expected later in the night.