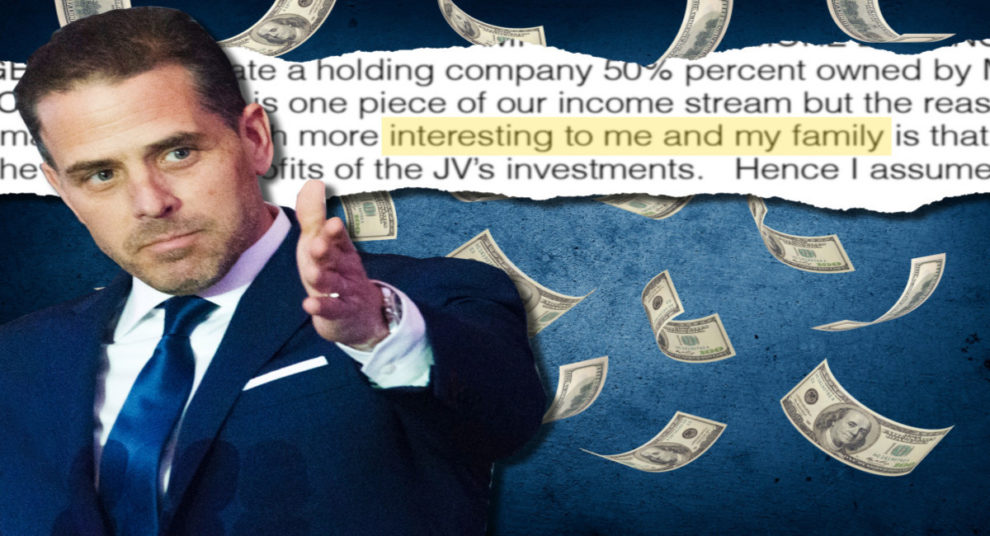 The latest reports regarding the election fiasco reveal new information regarding Hunter Biden. According to reports, a legal contract formulated in 2017 was found on Hunter Biden‘s laptop, the contract stipulates that a former Chinese official paid Hunter Biden a $1 million retainer. The money was paid for an exchange of advice on retaining other law firms in the United States. The Chinese official in question was reportedly convicted in 2018 on charges of bribing.

Paul Sperry, the former D.C. bureau chief for Investor’s Business Daily, tweeted, “BREAKING: A 2017 legal contract found on Hunter Biden’s laptop reveals a former Chinese official agreed to pay Biden a $1 million retainer just to offer advice on retaining other law firms in the U.S. The Chinese official was convicted the next year of paying bribes in unrelated deal.”

Following this, Paul tweeted, “Now we know why Joe “The Big Guy” Biden never told his son to knock off all the self-dealing, in spite of the embarrassing conflicts-of-interest it posed. It wasn’t self-dealing. It was family dealing. And “Pop” was the Godfather.”

It is no secret that Hunter Biden has repeatedly pursued lucrative deals that significantly benefited China’s largest private company, in addition to deals that would benefit the Biden family. An email sent to Biden on May 13, 2017, under the subject line, “Expectations,” uncovered details regarding “remuneration packages” that were granted to six people involved who happened to be working on an unspecified business venture.

In the plethora of emails exchanged, Biden was labeled as the“Chair / Vice Chair depending on the agreement with CEFC,” this is an apparent reference made to the CEFC China Energy Co, the former Shanghai-based company. His pay was calculated at “850” and the email also emphasized that “Hunter has some office expectations he will elaborate.”

Moreover, the email also elaborately outlined a “provisional agreement” under this agreement, 80 percent of the “equity,” or shares vested in the new company, were to be divided equally between four people. These four people were not explicitly named in the email, but they correspond to the sender and three recipients.  An “H” has been used to refer to Biden.

The email regarding the business deal also lists “10 Jim” and “10 held by H for the big guy?” The investigation was neither able to reveal the identity for Jim, nor the “big guy” was identified further. James Gilliar, the author of the email and also a prominent member of the international consulting firm, J2cR also wrote, “I am happy to raise any detail with Zang if there is [sic] shortfalls ?”“Zang” seems to be an apparent reference made to Zang Jian Jun, who is the former executive director of CEFC in China.