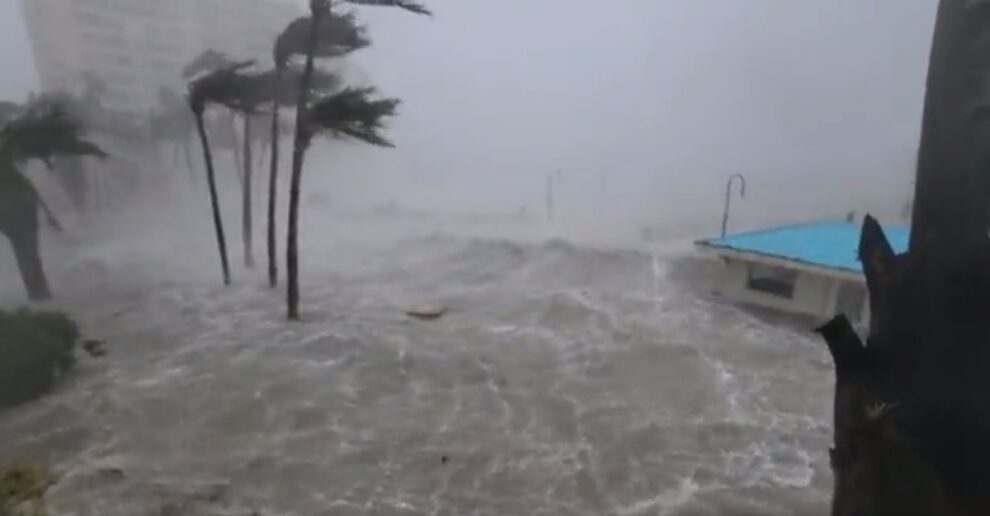 Hurricane Ian inundated cities, turned out the lights on millions of residents and left migrants from an overturned boat missing on Thursday as Florida assessed damage from what the state governor described as a “500-year flood event.”

Officials launched a major emergency response after one of the most intense US storms in years, with helicopter crews plucking survivors from barrier islands slammed by a deluge that saw storm surges crash through beachfront towns and horizontal rain pound communities for hours.

After an initial look at the breathtaking destruction, Florida Governor Ron DeSantis said the coastal city of Fort Myers and adjacent Cape Coral were “really inundated and really devastated” by the storm.

He said there were “two unconfirmed fatalities” that were likely linked to the hurricane.

The National Hurricane Centre (NHC) downgraded Ian to a tropical storm on Thursday, but said it was causing “catastrophic flooding” and forecast further “life-threatening” floods, storm surge and high winds in central and eastern Florida as well as Georgia and South Carolina.

The US Border Patrol said a boat carrying migrants sank at sea during the hurricane, leaving 20 missing. Four Cubans swam to shore in the Florida Keys islands and the coast guard rescued three others.

Ian also menaced the city of Orlando and the nearby Disney theme parks, which were shuttered.

Ian’s savagery was most evident along Florida’s west coast, including Punta Gorda, which was plunged into darkness after the storm wiped out power.

Punta Gorda urvivor Joe Ketcham, 70, told AFP of the “relentless” banging of metal and his fears about what was to come as the hurricane battered his home.

“But I have the almighty savior who I prayed to. This is all material,” the 70-year-old said of the damage around him. “We’re alive. We’re fine.”

Lisamarie Pierro said that the storm “was long and intense… the mess it left. But this is nothing. My house is still standing.”

President Joe Biden declared a “major disaster” in Florida, a move that frees up federal funding for storm relief.

“The amount of water that’s been rising, and will continue today even as the storm is passing, is basically a 500-year flood event,” he told a press conference.

Two barrier islands near Fort Myers, Pine Island and Sanibel Island, popular with vacationers, were essentially cut off when the storm damaged causeways to the mainland.

“The coast guard has been performing rescue missions on the barrier islands consistently since the wee hours of the morning,” DeSantis added.

Ian made landfall as an extremely powerful hurricane just after 3:00 pm Wednesday on the barrier island of Cayo Costa, west of Fort Myers.

The NHC said Ian’s maximum sustained winds reached 240kmh when it landed as a Category 4 hurricane – just shy of the maximum Category 5.

As a tropical storm, wind dropped to a maximum 104kmh on Thursday.

Some 2.6 million of Florida’s 11 million homes and businesses were without power Thursday, according to the PowerOutage tracking website.

Mandatory evacuation orders had been issued in many areas, with several dozen shelters set up. Airports stopped all commercial flights, and cruise ship companies delayed or cancelled voyages.

The storm was set to move off the east-central coast of Florida later Thursday and emerge into the Atlantic before blowing through Georgia and the Carolinas to the north.

“Some slight re-intensification is forecast, and Ian could be near hurricane strength when it approaches the coast of South Carolina on Friday,” according to the NHC.

Ian had plunged all of Cuba into darkness on Tuesday, after battering the country’s west and downing the island’s power network.

At least two people died in Pinar del Rio province, state media in the country of more than 11 million reported.

In the United States, some 5,000 National Guard personnel were mobilised in Florida as DeSantis vowed an all-out rescue and recovery effort.