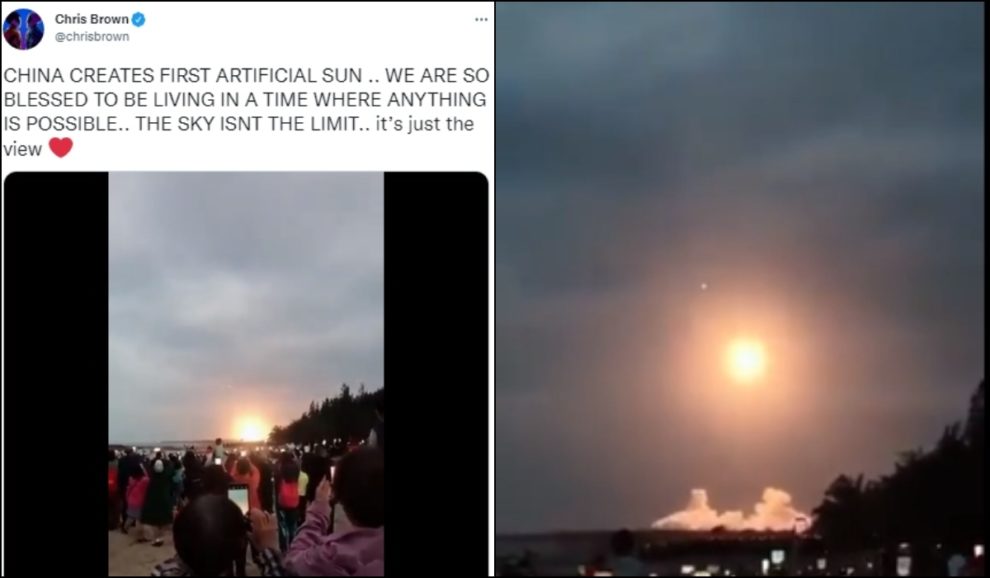 A video that purports to show China launching an artificial sun has been making the rounds of social media, but is it real or fake? As with many things that turn out to be fake, the problem is that a kernel of truth has been mixed in with an apparent mistake or outright false claim.

China really did launch an artificial sun, but the video that’s being circulated doesn’t actually show that launch.

Is the video of China launching artificial sun real or fake?

China has captured headlines around the world in connection with its so-called artificial sun. News reports have been trumpeting claims that China’s Experimental Advanced Superconducting Tokamak (EAST) fusion facility is burning “five times hotter than the Sun.”

However, that claim isn’t what the problem is. China really did develop an artificial sun that researchers believe to be burning five times hotter than Earth’s sun. The issue is the video that’s going around social media.

(Screenshot of his tweet shared on this story’s featured image).

The amateur video is about 30 seconds long, and it appears to have been recorded on a smartphone. The video has been spreading across multiple social networks recently, but further investigation reveals that the video doesn’t show China launching its artificial sun. In fact, it’s nothing more than a video of a standard rocket launch.

Several videos of SpaceX launching its Falcon 9 and other rockets at night and a video of the SiriusXM satellite launch in June all show what look like fireballs rising into the air. If you look closely, you can even see the exhaust trail emitted from the rocket as it flies.

Some news outlets have referred to China’s EAST reactor as an artificial sun because of how it replicates the fusion that occurs inside the sun and other stars.