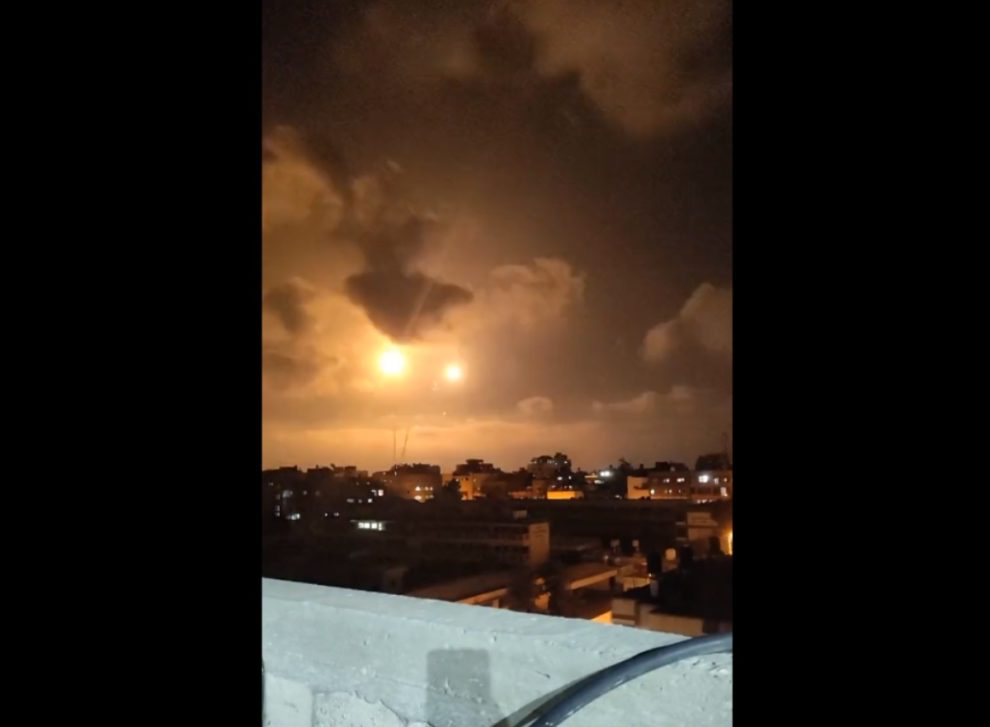 The Palestinian militant group Islamic Jihad group said it fired more than 100 rockets at Israel on Friday, as an “initial response” to deadly Israeli air strikes on the Gaza Strip.

“As an initial response to the killing of senior commander Taysir al-Jabari and his brethren martyrs… the Al-Quds Brigade covered Tel Aviv, central cities and areas surrounding Gaza with more than 100 rockets,” Islamic Jihad’s military wing said in a statement.