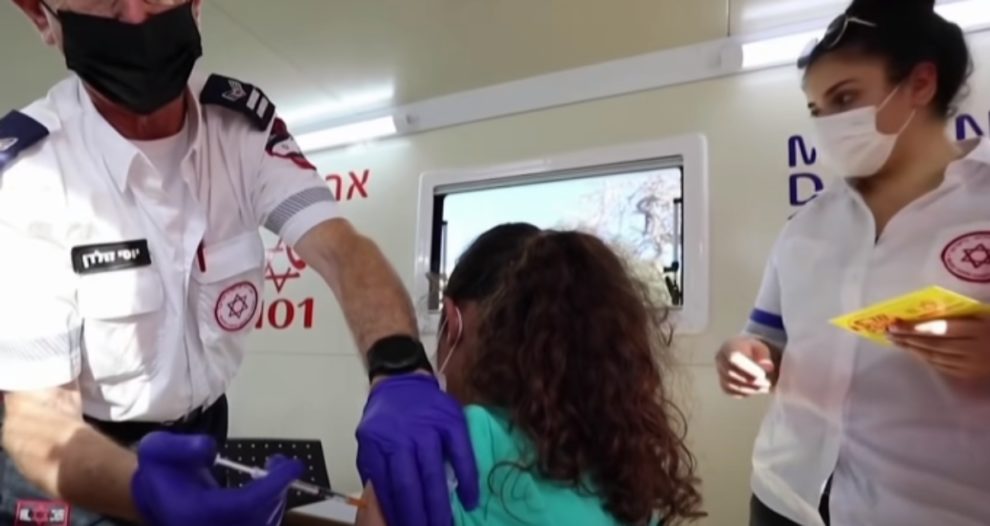 Israel has begun enforcing its ‘Green Pass’ restrictions, which restrict entry to various public venues to people who have received a third Covid-19 booster shot.

The implementation of the Green Pass, which is part of the Israeli government’s plan to combat the coronavirus, began on Sunday after a more than two-week delay, according to the Xinhua news agency.

To be considered fully vaccinated and eligible for the Green Pass, a person will need to receive a third dose of the coronavirus vaccine, according to the new guidelines.

People who have recently recovered from illness or injury are also eligible.

The Green Pass is a six-month barcode that grants access to a variety of venues, including restaurants, cafes, bars, cultural and sporting events, cinemas, weddings, gyms, conferences, and hotels.

To comply with the new rules, these establishments must now scan QR codes before allowing entry.

The Green Pass was supposed to go into effect on October 3 but was delayed due to “technical difficulties,” according to the Health Ministry.

The move comes amid a sharp drop in new infections and severe illness in Israel, with the number of daily cases dropping by roughly 80% since early September.

After reaching a high of 766 severe cases in late August, the number fell to 388 on Sunday.

“It is possible to say with caution that we are defeating the fourth wave,” Prime Minister Naftali Bennett told his weekly cabinet meeting on Sunday.

He did, however, warn that the current outbreak, which has been fueled by the rapid spread of the Delta variant, is far from over.

“We are not taking the foot off the gas and are not taking off the masks… We are continuing to see to full stocks of vaccines and tests,” Bennett said.

He also mentioned that the Israeli government is preparing for another coronavirus outbreak.

“We are preparing the infrastructure for the Omega scenario, the code name for a new variant, and of course, we are preparing for the winter, for a combination of flu and the coronavirus,” he said.

In Israel, the Green Pass is widely regarded as a tool for encouraging people to receive the third dose of the coronavirus vaccine.

The government’s strategy for dealing with the current fourth wave is based on large-scale vaccination rollout.

According to official figures, 41% of the country’s 9.3 million people have received the third dose.