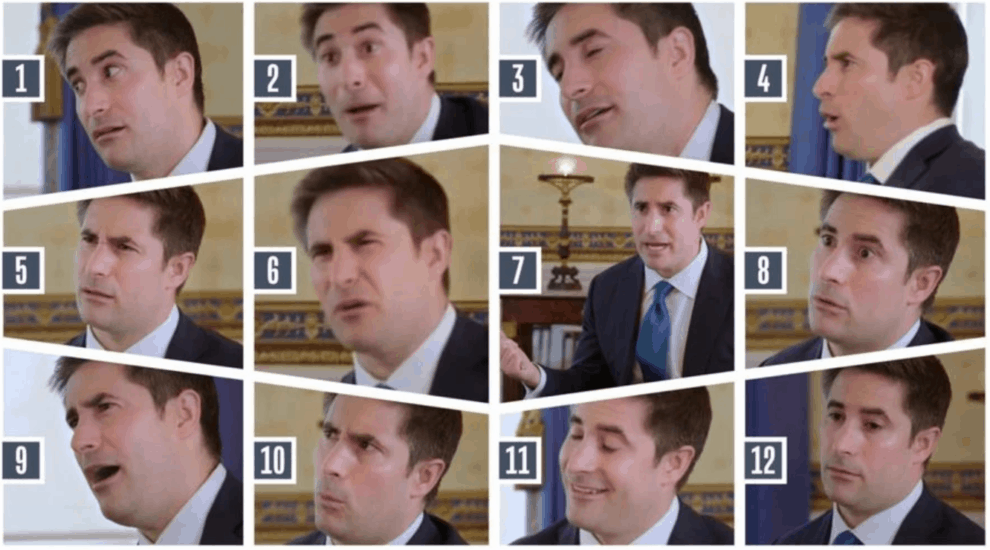 On Monday, Axios journalist Jonathan Swan sat down with President Donald Trump for a lengthy interview. An energetic Jonathan Swan grilled the US President on a number of critical issues including Trump’s handling of the COVID-19 pandemic. The wide-ranging interview was baffling and interesting. But what took the Internet by storm were Jonathan Swan’s facial expressions that have now turned into a meme.

The interview aired on HBO on Monday night. Swan asked Trump about why he declined to praise the late civil rights icon Rep. John Lewis. Trump said he had done far more for Black Americans than John Lewis. In fact, Trump has done more than “any president since Lincoln,” at least that’s what he thinks. 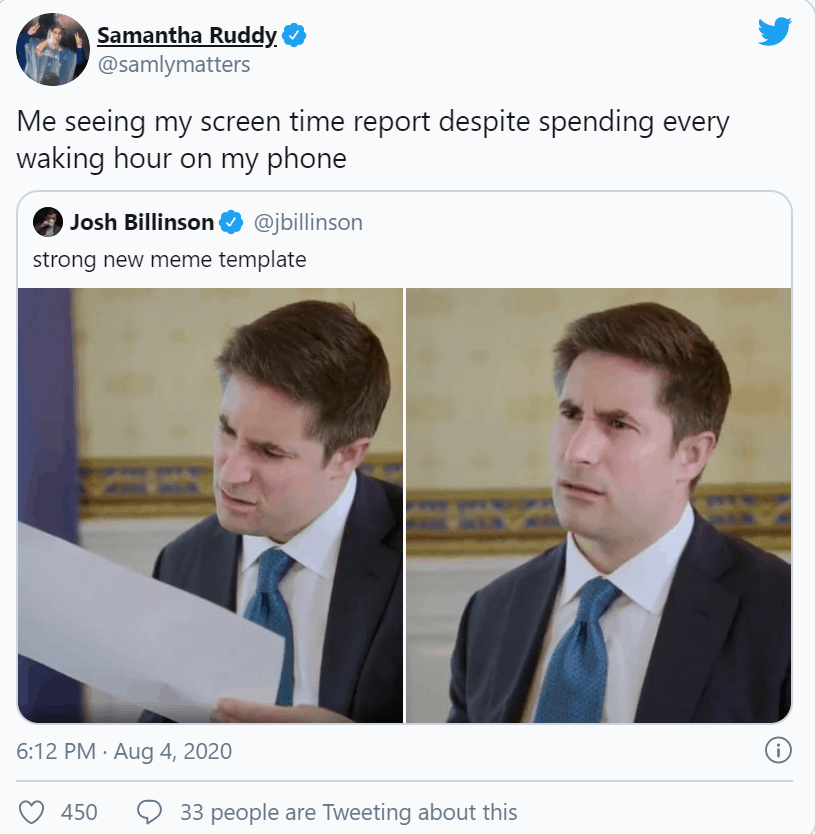 Swan also asked why the President was not concerned about Russia’s rumored aid to the Taliban. Another pressing question was about the ground reality of Trump’s response to the coronavirus pandemic. Many have accused Trump of dismissing the virus as a trivial issue for weeks instead of announcing early measures to contain it. 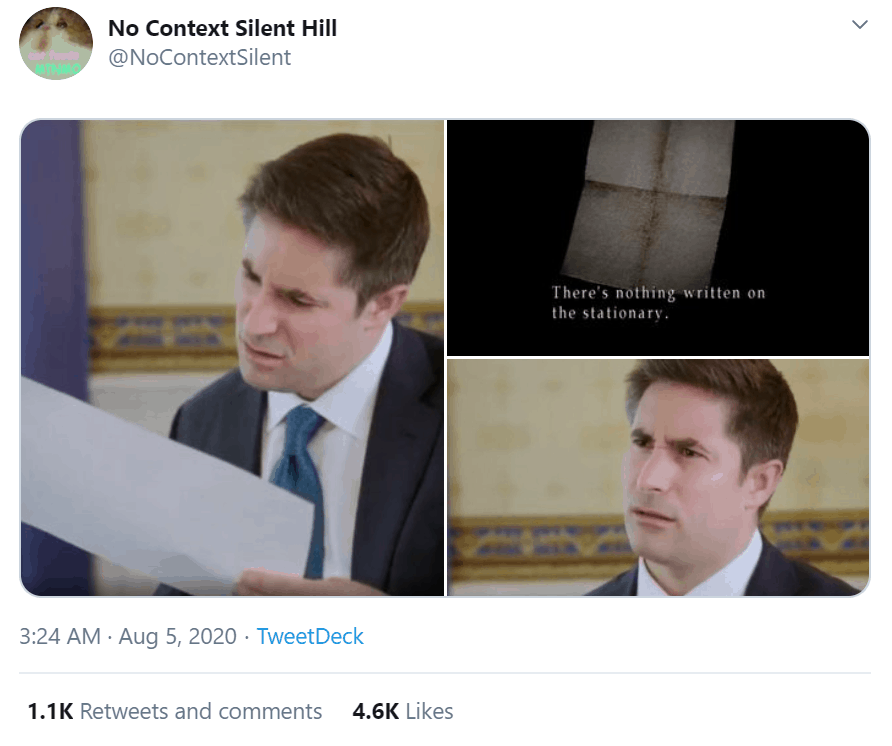 Then Trump handed Jonathan Swan a set of graphs the President’s staff had printed out for him. The graphs showed that the United States was “lower than the world” in death count relative to the number of coronavirus cases. Swan’s expressions while trying to understand the graphs were what viewers have fallen in love with. 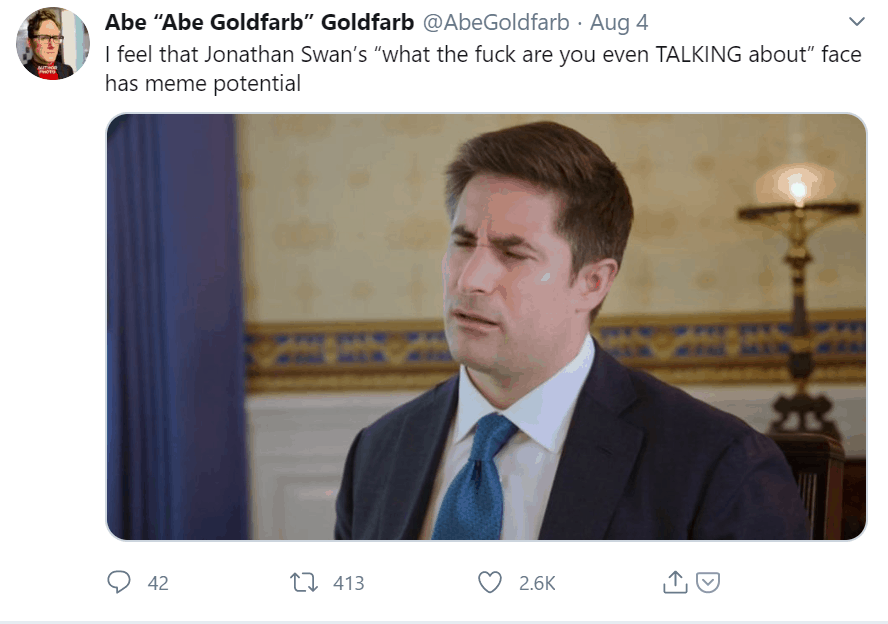 There are several iterations of the meme doing rounds on the Internet. One of the first people to share a meme was Jonathan Swan’s wife Betsy Woodruff Swan, who happens to be a journalist at Politico. 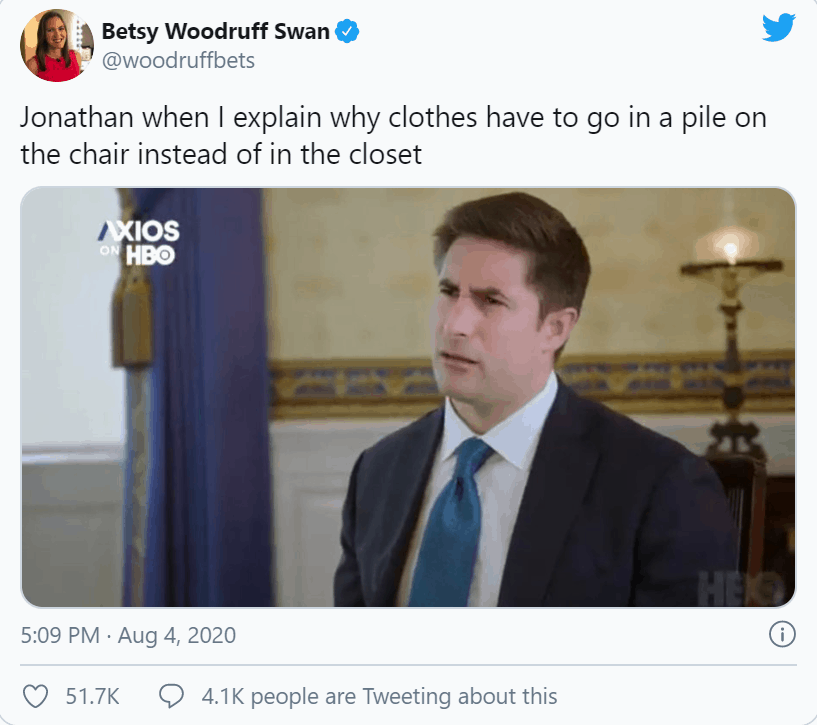 Jonathan Swan gave multiple different looks throughout the interview with President Trump. All of them were like, “What the f*ck are you trying to say, Mr. President?” Let’s not go into the factual accuracy of Trump’s statements, which is whole different story. 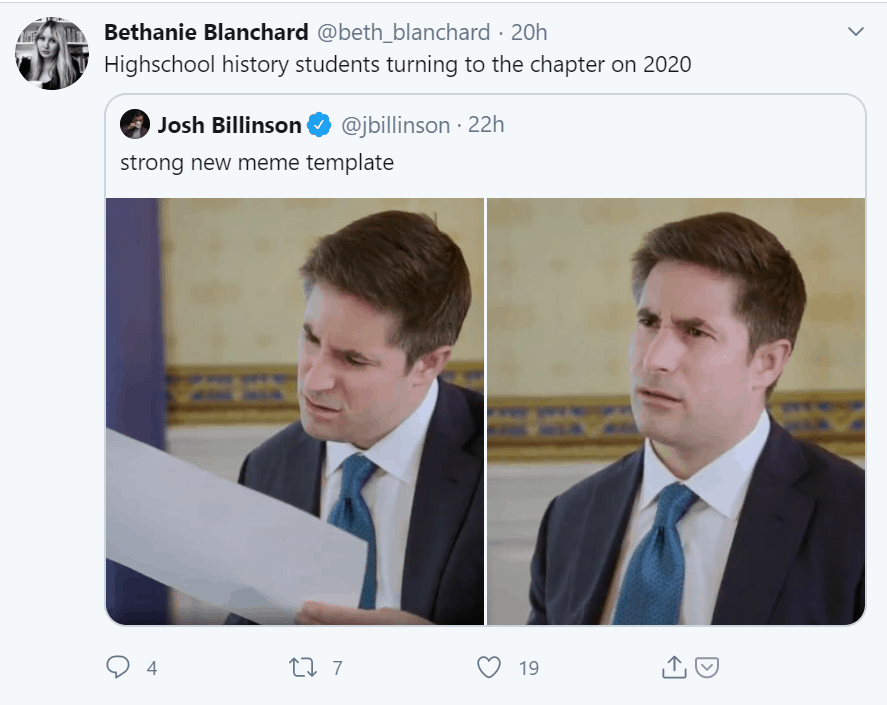 We don’t know how long the meme fest is going to last on social media. But people seem to have fallen in love not just with Swan’s facial expressions but also his willingness to pose some tough questions to the US President.