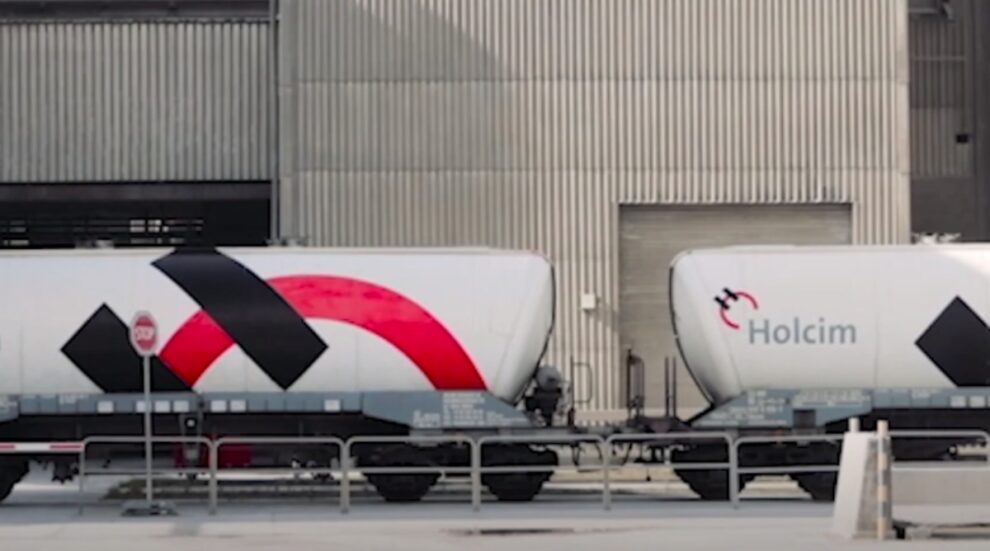 French cement giant Lafarge SA was slapped with a $778 million fine Tuesday for making millions in payments to the Islamic State and another jihadist group to build its business in Syria.

The US Justice Department said the company and its Syrian subsidiary actively sought the Islamic State (IS) group’s help to squeeze out competitors when the radical Islamists controlled large parts of Syria and Iraq in 2013-2014, operating an effective “revenue sharing agreement” with them.

It also paid access and protection money to associates of IS and the similarly radical Al-Nusrah Front, ultimately earning some $70 million in revenues during the period, with a Lafarge executive saying the cooperation was “to share the cake.”

Lafarge agreed to the fine and to plead guilty to one count of conspiring to provide material support to US-designated foreign terrorist organizations, the first time a corporation has faced the charge.

US officials said the company, now owned by Swiss giant Holcim Group, made itself a handmaiden to terror for profits.

“In the midst of a civil war, Lafarge made the unthinkable choice to put money into the hands of ISIS, one of the world’s most barbaric terrorist organizations, so that it could continue selling cement,” Justice Department prosecutor Breon Peace said, using another acronym for IS.

“This unprecedented charge and resolution reflect the extraordinary crimes committed and demonstrates that corporations that take actions in contravention of our national security interests in violation of the law will be held to account,” Peace said.

In a statement, Lafarge said the company and its defunct subsidiary Lafarge Cement Syria “have accepted responsibility for the actions of the individual executives involved.”

“We deeply regret that this conduct occurred and have worked with the US Department of Justice to resolve this matter.”

Holcim, which took over Lafarge in 2015 without knowledge of the Syria business dealings, said it had been cleared of any wrongdoing by US authorities.

“None of the conduct involved Holcim, which has never operated in Syria, or any Lafarge operations or employees in the United States,” it said in a separate statement.

Lafarge began operating a 680 million euro ($670 million) cement plant in the Jalabiyeh region of Northern Syria in 2010, the year IS swept the region with a brutal campaign to establish its extremist “califate.”

That sparked a counter-offensive by the Iraq military and Syrian Kurdish forces backed by the US-led international coalition in the region.

The US designated IS and Al-Nusrah terror organizations, threatening tough penalties against anyone who worked with them.

Rather than withdraw like other companies, Lafarge kept working to market its cement, the Justice Department said.

From 2013 to 2104, it paid IS and Al-Nusrah around $5.9 million, some for raw materials, some as payments based on the volume of cement sold and some simply as monthly “donations,” the department said.

Lafarge paid another $1.1 million to intermediaries facilitating business with the two groups.

The firm also worked out a deal with IS to make it harder for cheaper Turkish cement suppliers to sell their goods in the same area, effectively allowing Lafarge to keep its prices higher, according to US authorities.

Company executives knew of the arrangement, the Justice Department said.

In 2014, a senior supervisory official who reported directly to Lafarge’s chief executive wrote to officials in the Syria subsidiary about negotiations with IS.

“We have to maintain the principle that we are ready to share the ‘cake,’ if there is a ‘cake,'” he wrote, defining cake as “profit.”

Lafarge “negotiated and made unlawful payments at a time when these groups were gaining territory and brutalizing innocent civilians in Syria and elsewhere and were actively plotting against Americans,” said US Assistant Attorney General Matthew Olsen in a New York press conference.

Lafarge still faces trial in France on a charge of complicity in crimes against humanity.

In May, a French appeals court approved the charge, opening the door for a trial of the company and eight executives, including former CEO Bruno Lafont.

Lafarge continues to fight that case.

Rights activists hope the case will serve as a bellwether for prosecuting multinationals accused of turning a blind eye to human rights violations as they operate in war-torn countries.