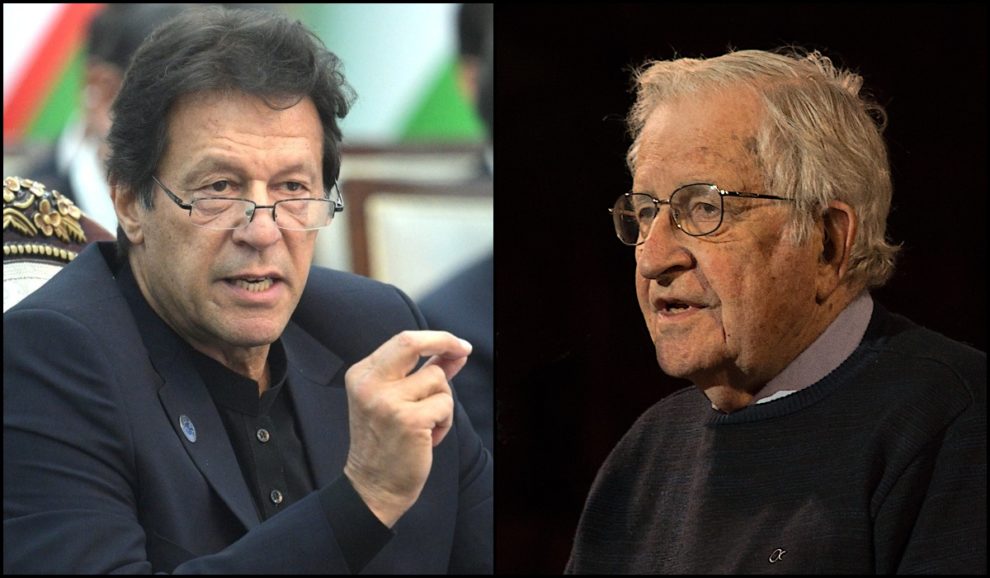 Khan referred to the conspiracy with a cypher sent by Pakistan’s ambassador in Washington as the revealing truth, which was revealed a day before the joint opposition parties in Pakistani parliament submitted a no-confidence motion.

Imran Khan’s claims, however, have been refuted by Noam Chomsky, a leading voice against imperialism and a harsh critic of US foreign policy, who stated that there is no meaningful evidence of a US coup against Imran Khan.

“There is a tendency to attribute everything that happens in the world to the CIA or some diabolical Western plan. There is plenty to condemn, sharply. And the US is indeed powerful. But it’s nothing like what is often believed,” said Chomsky.

“I do not consider the cable of Pakistan’s former ambassador to the US, Asad Majeed, as substantial evidence of American intervention for a regime change in Pakistan,” he added.

Chomski’s statement isn’t the first to dismiss Imran Khan’s claims. The US has also stated repeatedly that it had no involvement in deposing Imran Khan’s government.

However, Imran Khan appears to be using the same narrative and is gaining widespread support from both domestic and international fans and followers.

Imran Khan has staged massive public gatherings in major cities, accusing his demise of being part of a US-led conspiracy carried out with the help of Khan’s opposition parties and a no-confidence vote in parliament.

Imran Khan claims that his narrative has been re-assured and re-confirmed by the country’s National Security Council (NSC), which, while clarifying that no evidence of a foreign conspiracy was discovered, added that the language used was “undiplomatic and can be attributed to blatant intervention in Pakistan’s internal affairs.”

However, Imran Khan maintains that his removal was the result of a foreign conspiracy. Khan claims he was deposed because he desired an independent foreign policy for Pakistan, which included refusing to provide the US with bases following NATO’s withdrawal from Afghanistan.

Pakistan PM hits out at US as no-confidence debate postponed