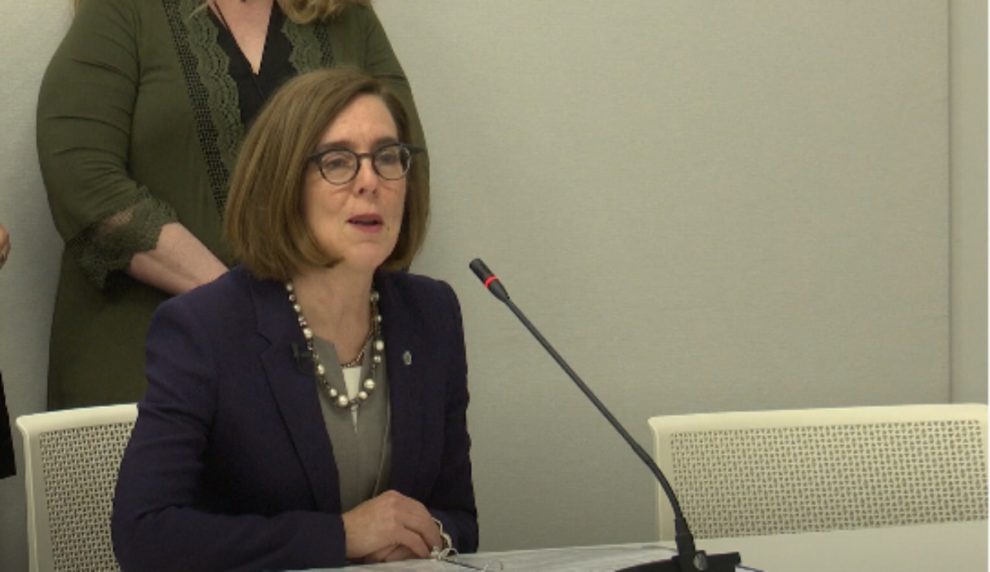 Oregon Gov. Kate Brown (D) is being sued over the state’s vaccine mandate by Oregon State Police officers and firefighters.

KOIN in Oregon was the first to report the complaint. According to a spokesperson for Brown, the governor is “responding to a public health crisis.”

The suit against Gov. Brown, filed in Jefferson County Circuit Court, asks a judge to declare her executive order unenforceable. The plaintiffs argued that the mandate violates Oregon statutes, would result in wrongful termination of workers, and violates the Constitution’s guarantee of equal protection, free exercise, and due process, Koin reported.

“This isn’t an issue about the vaccine, it’s the issue of being told if you don’t get it you’re gonna lose your profession,” said Portland-based lawyer, Dan Thenell.

According to the plaintiffs, forcing workers to choose between their livelihoods and defending their constitutional rights is “unconscionable and wrong.”