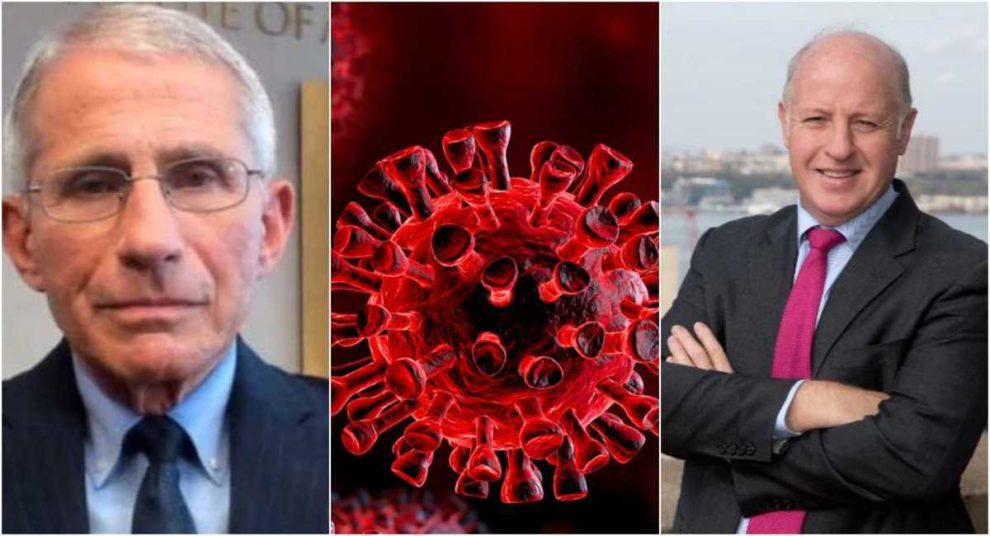 Dr. Fauci’s emails have been released as part of a Freedom of Information Act request, and they contain some interesting information, particularly one email in which a researcher who has ties with the Wuhan Institute of Virology thanks Fauci for publicly dismissing the lab leak theory.

Peter Daszak, a zoologist who funded Wuhan Institute of Virology, thanked Dr. Anthony Fauci for challenging the theory that the coronavirus leaked from a lab.

Between 2014 and 2019, Peter Daszak’s organisation, the EcoHealth Alliance, funneled $3.4 million in National Institutes of Health grants to the Wuhan Institute of Virology to study bat coronaviruses. While politicians and scientists in the United States have speculated that the novel coronavirus originated from the WIV before spreading around the world, Daszak has categorically denied the claim.

Peter Daszak personally thanked Fauci in the email for his bravery the day before, when he said the novel coronavirus exhibits features that are “totally consistent” with an animal to human origin and do not point to lab manipulation.

“I just wanted to say a personal thank you on behalf of our staff and collaborators, for publicly standing up and stating that the scientific evidence supports a natural origin for COVID-19 from a bat-to-human spillover, not a lab release from the Wuhan Institute of Virology,” Daszak wrote in an email to Fauci on April 18, 2020.

“From my perspective, your comments are brave, and coming from your trusted voice, will help dispel the myths being spun around the virus’s origins,” Daszak added in the email. Fauci replied to Daszak’s email on April 19, writing “Many thanks for your kind note.” See screenshot of the email below:

Peter Daszak was referring to Fauci’s remarks on April 17, when a reporter asked him about concerns that the coronavirus may have leaked from a lab.

On reporter’s question on April 17, Fauci answered, “There was a study recently where a group of highly qualified evolutionary virologists looked at the sequences there and the sequences in bats as they evolve. The mutations that it took to get to the point where it is now is totally consistent with a jump of a species from an animal to a human.”

After dismissing the coronavirus lab leak theory as a bogus conspiracy theory for the first year of the pandemic, numerous media outlets have published stories in the last two weeks confirming its validity.

Biden’s Covid advisor Anthony Fauci to step down in December

Fauci says Covid is not over, expect uptick in cases due to BA.2 subvariant