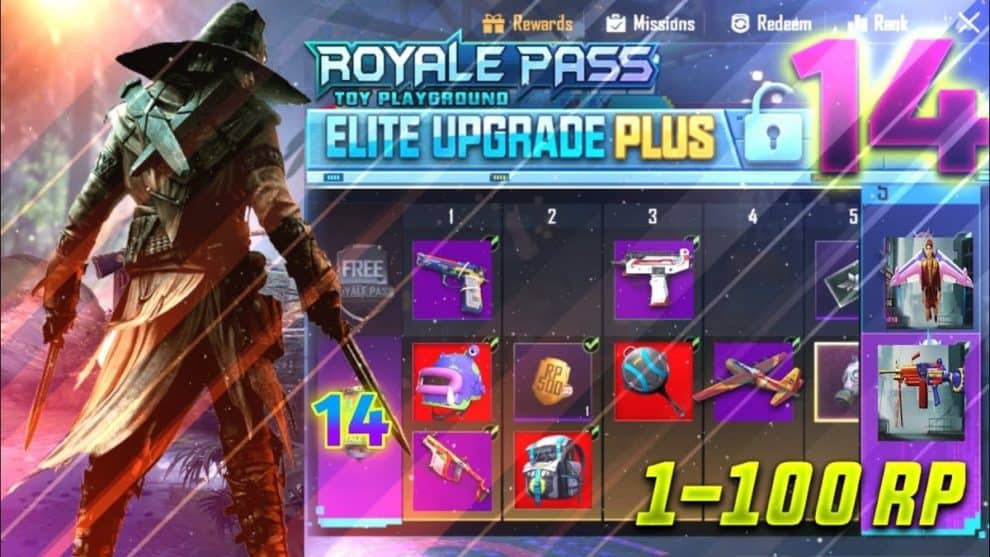 UPDATE July 30, 2020: PTA announces in its press release that it has decided to un-ban PUBG game in Pakistan. Here’s what exactly the company states:

The Authority expressed its satisfaction on measures adopted by PB so far, and emphasized on continued engagement and a comprehensive control mechanism. The representative of the company welcomed PTA’s feedback on the issue and assured that the concerns of PTA would be taken into account. In addition, the company requested PTA to unban PUBG. Keeping in view the positive engagement and response of the company, the Authority has decided to unban PUBG.

The PlayerUnknown’s Battlegrounds, more popularly known as PUBG, is one of the most addictive and most popular mobile games in the world. On Wednesday, the Pakistan Telecommunication Authority (PTA) temporarily banned PUBG in Pakistan. The telecom regulator said the app was highly “addictive” and detrimental to players, most of whom are teenagers and the youth.

PTA has banned PUBG in Pakistan after complaints

The PTA said in a notification that it had “received numerous complaints against PUBG wherein it is stated that the game is addictive, wastage of time and poses a serious negative impact on physical and psychological health of the Children.” Many cases of suicide have been due to the popular game. For the uninitiated, PUBG is an online multiplayer battle royale game.

The regulator added that the Lahore High Court has directed it to investigate the matter. A hearing is scheduled for 9th July 2020. The regulators have sought public opinion on PUBG. The general public can provide their feedback and opinion by sending an email to consultation-pubg@pta.gov.pk by 10th July.

Pakistan Telecommunication Authority added PUBG could be permanently banned in Pakistan. But a decision on a permanent ban will come only after consultations with the public and relevant authorities. Many parents have said that the game was a waste of time, and was harming their children mentally.

Recently, parents of two kids filed a complaint at the Lahore High Court. They said their children committed suicide when denied the permission to play PUBG. There have been many more instances of children killing themselves after parents prohibited them from playing the game.

Zulfiqar Hameed of the Lahore Capital City Police Office has also written a letter to the PTA seeking a ban on PUBG to save the lives of children. Even after PUBG gets banned in Pakistan, children could still access it using virtual private networks (VPNs), which allow them to bypass the region-specific restrictions.

Many other countries have also expressed concern about the effect of PUBG on children’s mental health. A petition in India compared PUBG to drug addiction. Due to the COVID-19 pandemic, a lot of people are spending more time in their homes. And they are spending more time playing online games such as PUBG. Jordan has also banned the game. 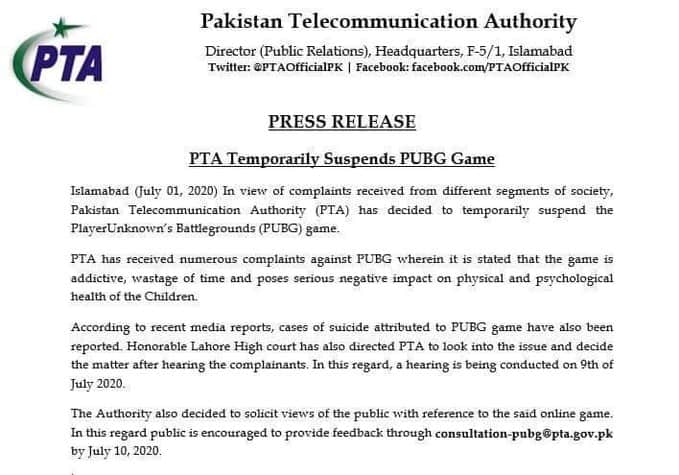