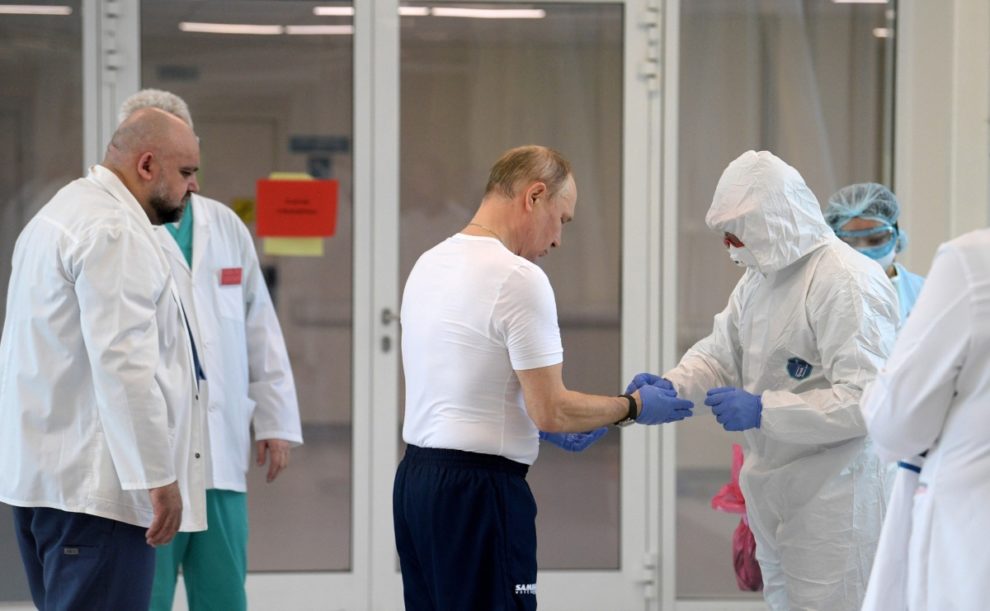 Doctors have advised Russia President Vladimir Putin not to make any “lengthy” public appearances after he fell ill while meeting with his military chiefs, according to media reports citing a Kremlin insider.

According to Daily Mail, citing Telegram channel General SVR, the Russian President felt “a sharp sickness, weakness, and dizziness” while getting up from his desk following a recent video conference with advisers and military leaders.

“The President needed urgent medical assistance,” claimed the channel which purports to have sources in the Kremlin and has made repeated claims over Putin’s alleged medical problems, including cancer and Parkinson’s disease.

The claims are impossible to verify, but the theory that the despot is suffering from a slew of health issues is gaining traction in the West, according to the Daily Mail.

In recent weeks, a slew of photos and videos have emerged in which the Russian president appears bloated and uneasy, while other clips show him experiencing seemingly uncontrollable leg tremors and walking with poor cohesion.

The channel also cited the “dizziness” incident to explain why Putin’s annual “Direct Line” live broadcast – a marathon Q&A in which he answers questions from ordinary Russians over several hours – was abruptly postponed this week, with no replacement date set.

It had been scheduled for the second half of June or early July, but no date has been set, according to the Daily Mail.

General SVR claims to have been written by an exiled Kremlin Lt-General insider known as Viktor Mikhailovich, who claims to have access to information that the Kremlin refuses to publish.

It was the first outlet to report that Putin had cancer.