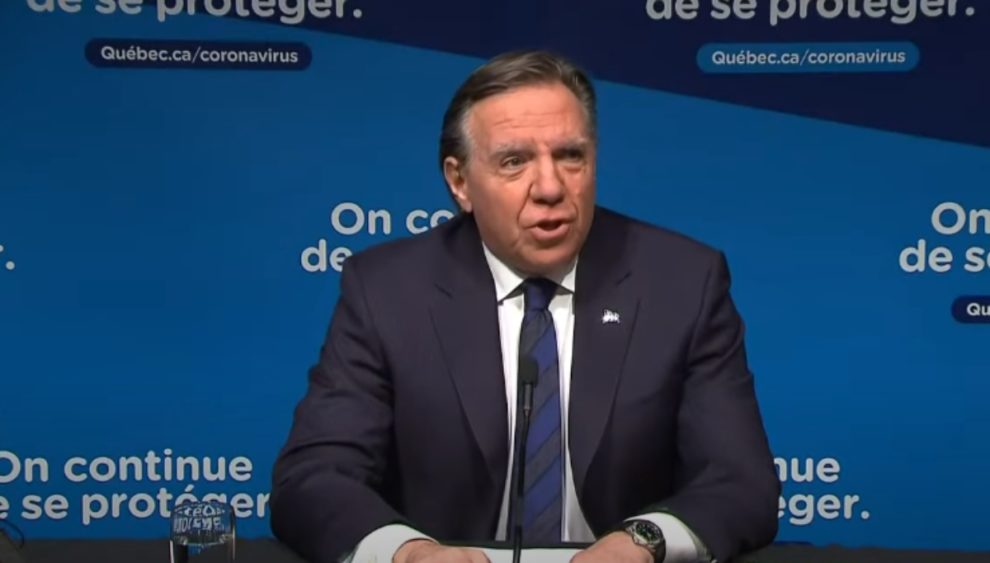 Quebec has announced that it will levy a health tax on residents who refuse to be vaccinated (unvaccinated people) against COVID-19.

After thanking Arruda briefly and naming his replacement, Dr. Luc Boileau, the premier turned his attention to the rise in COVID-19 hospitalizations in his province and the number of Quebecers who remain unvaccinated.

“I’m announcing that we are currently working on a health-care contribution that will be charged to all adults in Quebec who refuse to get vaccinated,” said Legault.

“All people who are not vaccinated for non-medical reasons will have to pay a contribution,” Legault said.

Legault stated that he would work with his finance minister to iron out the details of such a contribution, but that it would be “significant.”

Legault chastised those in his province who are still unvaccinated 22 months into the pandemic, saying they place a significant burden on medical staff and a financial burden on the majority of Quebecers.

“It’s also a question of fairness for the 90 per cent of the population who have made some sacrifices. I think we owe them this kind of measure,” he said.

Legault also stated that he would investigate the legality of such a contribution.