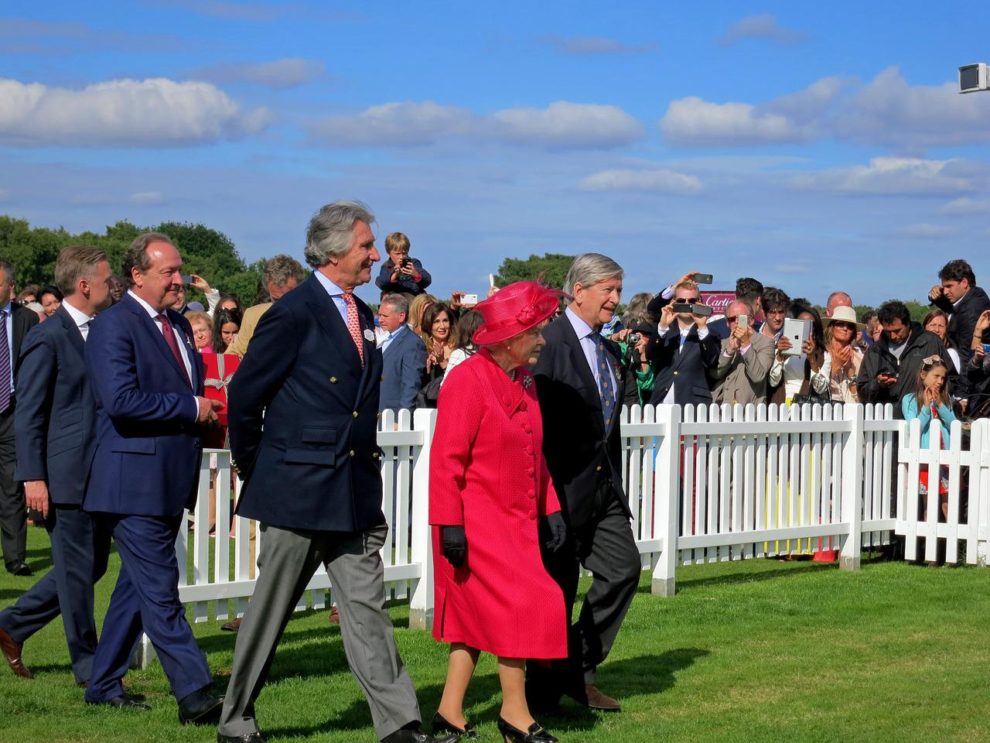 Britain’s longest-serving monarch, who has been spending the summer at her Balmoral retreat in the Scottish Highlands, has been dogged by health problems since last October.

Her children — heir to the throne Prince Charles, 73, Princess Anne, 72, Prince Andrew, 62, and Prince Edward, 58, quickly headed to Balmoral after the announcement.

They were joined by Charles’s son Prince William, and Prince Harry was following suit.

Harry has been on a rare visit to Britain with his wife Meghan after abandoning royal life to move to the United States.

The queen — an instantly recognisable figure to billions of people across the world — is in her Platinum Jubilee year, marking 70 years since she succeeded her father king George VI in 1952.

Moments before Thursday’s medical bulletin, notes were passed in the House of Commons to Prime Minister Liz Truss, her ministers and opposition leaders, prompting them to leave the chamber.

“The whole country will be deeply concerned by the news from Buckingham Palace this lunchtime,” the new premier tweeted, just two days after the queen appointed her at Balmoral to succeed Boris Johnson.

“My thoughts — and the thoughts of people across our United Kingdom — are with Her Majesty The Queen and her family at this time,” Truss added, echoed by leaders in Scotland, Wales and Northern Ireland.

One photograph of the queen greeting Truss at Balmoral on Tuesday had already sparked alarm, showing a deep purple bruise on the monarch’s right hand.

During a conference call with allied leaders about Ukraine, US President Joe Biden relayed his and wife Jill’s concern to Truss.

“His and the First Lady’s thoughts are solidly and squarely with the queen today, and her family,” White House national security spokesman John Kirby said.

Archbishop of Canterbury Justin Welby, the highest-ranking cleric in the Church of England headed by the queen, said she was in his prayers.

“May God’s presence strengthen and comfort Her Majesty, her family, and those who are caring for her at Balmoral,” he tweeted in comments echoed by other faith leaders.

On Wednesday, a day after Truss’s appointment as the 15th prime minister of her reign, the queen pulled out of a planned meeting with her council of political advisers, after being told to rest.

“Following further evaluation this morning, the queen’s doctors are concerned for her majesty’s health and have recommended she remain under medical supervision,” Buckingham Palace said in a statement.

“The queen remains comfortable and at Balmoral,” the palace added.

The palace statement about the queen’s health was highly unusual.

“The palace does not issue bulletins on the queen’s health unless it’s significant,” royal commentator and author Robert Hardman told the BBC.

It comes after she has looked visibly frailer in recent months, and a succession of withdrawals from public engagements.

She has taken to walking with the help of a stick and was also seen earlier this year at the Chelsea Flower Show touring the site in a motorised buggy.

In February she was laid low by a bout of Covid, which she admitted afterwards had left her “exhausted”.

Officially, the palace has said only that the queen has been suffering from “episodic mobility problems” but given no further details.

She spent an unscheduled night in hospital in central London in October 2021 and was advised to slow down.

She has pulled out of ceremonial engagements, delegating more to Charles, including the State Opening of Parliament and the Trooping the Colour military parade to mark her official birthday.

Four days of public events were held in June to mark the queen’s record-breaking Platinum Jubilee, but she made only two appearances to acknowledge the huge crowds in central London.

As well as the United Kingdom, the queen is also head of state in 14 Commonwealth countries around the world, including Canada, Australia and New Zealand.

She further heads the Commonwealth grouping, which comprises 56 nations and takes in more than a quarter of humanity.

For most of her subjects, she is the only monarch they have ever known, featuring on stamps, banknotes and coins, and immortalised in popular culture.

But Britons were forced to face up to the reality that her reign was in her twilight years when her husband of 73 years, Prince Philip, died in April 2021, just weeks shy of his 100th birthday.

“She is just part of our lives… She’s been the queen for all our lives really. She’s so calm and measured,” said Maureen Barnett, 66, outside Buckingham Palace as news filtered through.

“I’ve been concerned since yesterday when I heard she couldn’t do the Privy Council meeting,” added Elizabeth Jackson, also 66.

“I was hoping the Scottish air might do her good. The issues have accelerated this year. It is quite worrying.”

In recent years, the queen has been forced to face a succession of scandals involving senior royals, including her second son Prince Andrew for links to the convicted paedophile Jeffrey Epstein.

Harry and Meghan also rocked the palace by criticising the institution, even accusing it of racism.