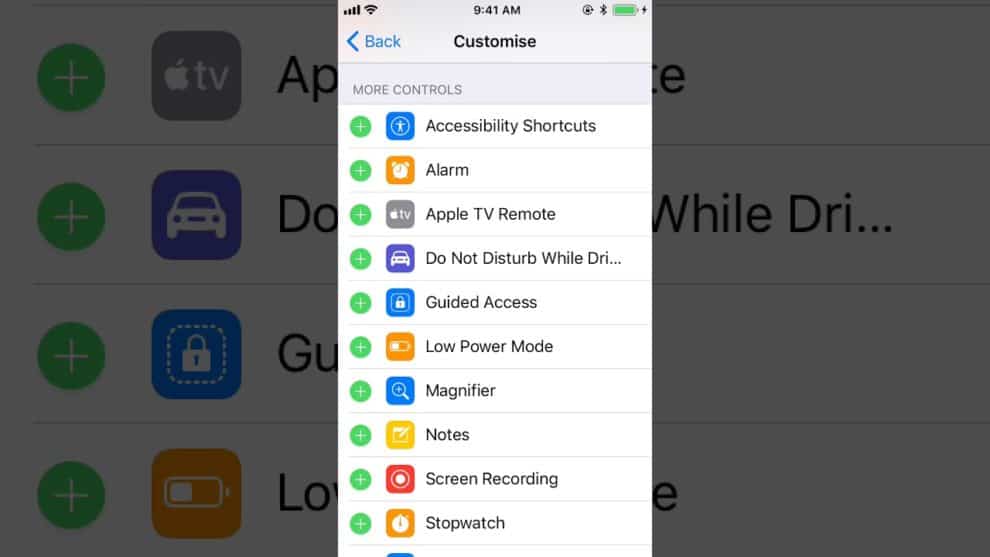 The screen recording feature in iPhone and iPad also allows you to capture sound, meaning you can add external audio to your clips. The recorded videos appear in the Photos app on your device, where you can view, edit, and share.

Go to Settings > Control Center > Customize Controls, and tap green “+” icon next to Screen Recording. The shortcut has now been added to the Control Center, from where you can also quickly turn on the flashlight, Airplane mode, and adjust the display brightness.

To begin recording your screen, navigate to the app/video/action you want to record. Next, swipe up from the bottom edge of the screen. If you own an iPhone X or later or an iPad running iOS 13, swipe down from the top-right corner of the screen to access the Control Center.

Now locate the Screen Recording icon.  If you want to capture the voice-over in the video, tap and hold the icon and then tap the Microphone button on the resulting dialog box. Tap the icon and you’ll see a three-second countdown before the recording starts. The status bar turns red when the recording begins.

To stop the screen recording, simply tap the red status bar at the top of the screen and then tap stop. Alternatively, you can open Control Center and tap the red Screen Recording icon.

The recording will be saved automatically to the Photos app. To edit it, go to Photos app, open the recording, and use the Edit option to trim the length to your liking. You can also share it with your friends and contacts from there.