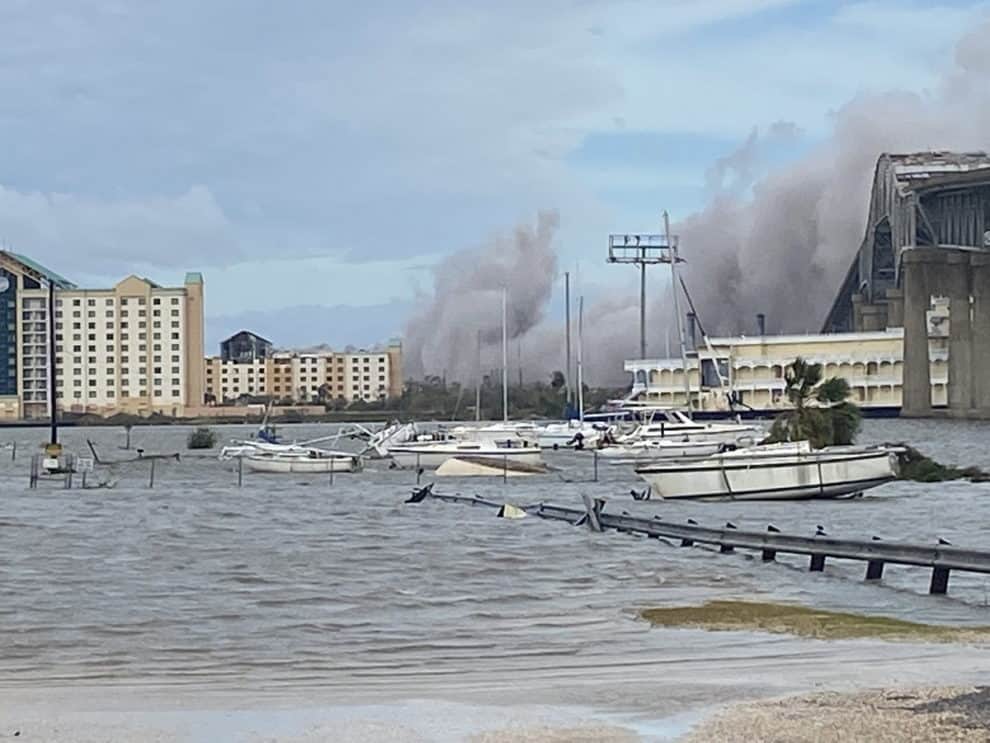 In today’s news, a disaster in the form of a chemical leak from a plant in Lake Charles has occurred. The extremely dangerous situation is a byproduct of the hurricane Laura. Hurricane Laura has brought swirling winds and waters along with heavy destruction to lake Charles. Strong winds traveling at the speed of 130 mph have resulted in considerable wreckage.

Unknown chemical leak just off I-10 about 3 miles outside of Lake Charles. pic.twitter.com/BBW8bUcH9Y

The hurricane hit Lake Charles this morning as it was heading northward. Hurricane Laura claimed the life of a 14 year old girl, the girl’s death resulted from a tree falling on the roof of her house. The strong winds caused significant damage to electricity poles and stress all across Lake Charles. Authorities have been alerted to prepare for more casualties since the hurricane does not seem to be slowing down any time soon. More photos from Lake Charles reveal that almost all skyscrapers were badly affected, not one building had its windows intact. The winds shattered most windows.

Videos and pictures coming from the scene of chemical leak show a huge cloud of smoke hovering over the plant located on the Western side of Lake Charles. The leak has been identified as “extremely dangerous” by the authorities. The Federal and state drawn environmental regulations narrate that corporations have a duty and responsibility to properly handle, store and dispose of dangerous toxins. The chemical leak might lead to health hazards for the people located at Lake Charles.

A large fire has broken out just off of Interstate 10 near Lake Charles, LA. There are some reports coming out that this is related to a chemical leak or a biohazard situation.

Stay with @WeatherNation for updates as we monitor the situation. #Laura #LAwx pic.twitter.com/El77PB8PAv

Weather experts suggest that the cloud floating above the leak usually forms when particularly dangerous toxins are released into the air. The large grey cloud is visible from most parts of Lake Charles.

Today morning, about 1,500 search and rescue personnel, plus 400 boats and high-water vehicles were sent to areas that had suffered extensive damage from the hurricane. Rescue operations are underway in some of the areas.

Hurricane Laura is named after the Hurricane that hit Louisiana 160 years ago. It was one of the strongest storms that hit the area with strong winds traveling at 150 mph. The hurricane caused considerable wreckage in 1856 and is known as one the worst hurricane’s in history.