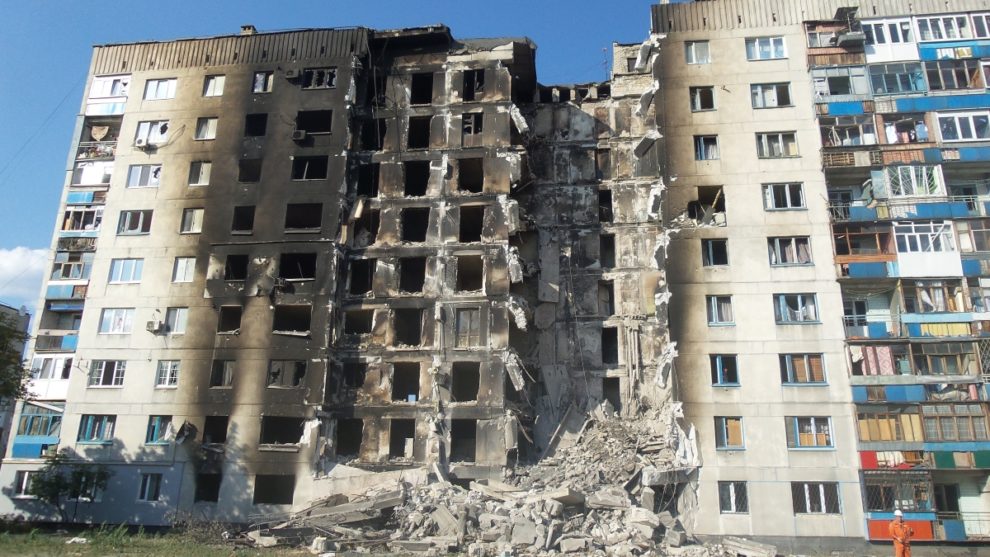 Ukraine said Tuesday that Russia was heavily shelling the eastern industrial city of Lysychansk in the Donbas region which has been the centre of intense fighting for weeks between Kyiv’s army and Moscow’s troops.

“Fighting in the Severodonetsk industrial zone and catastrophic destruction in Lysychansk,” the Lugansk regional governor Sergiy Gaiday said in a statement on social media, adding that Lysychansk had suffered from heavy Russian strikes over the previous day.

Gaiday said that one person had been confirmed killed in the “heavy shelling” that had persisted all day Monday and destroyed ten residential blocks and a police station.

“We are determining the final number of victims, because yesterday it was almost impossible to move inside the city safely,” he said.

Lysychansk, which had a pre-war population of around 100,000 people is just adjacent to Severodonetsk where Russian and Ukrainian troops have been fighting intensely for control of the city.

Conditions are grim for civilians left in Lysychansk, who have no mobile phone connections, running water or power. They cook on campfires and shelter in cellars.

Gaiday said that “fierce fighting” was ongoing at the Azot chemical plant in Severodonetsk where hundreds of civilians are believed to be sheltering.

He added, without elaborating, that Russian forces had been tasked with capturing the entire Lugansk region by June 26, claiming that, “they won’t make it in five days”.