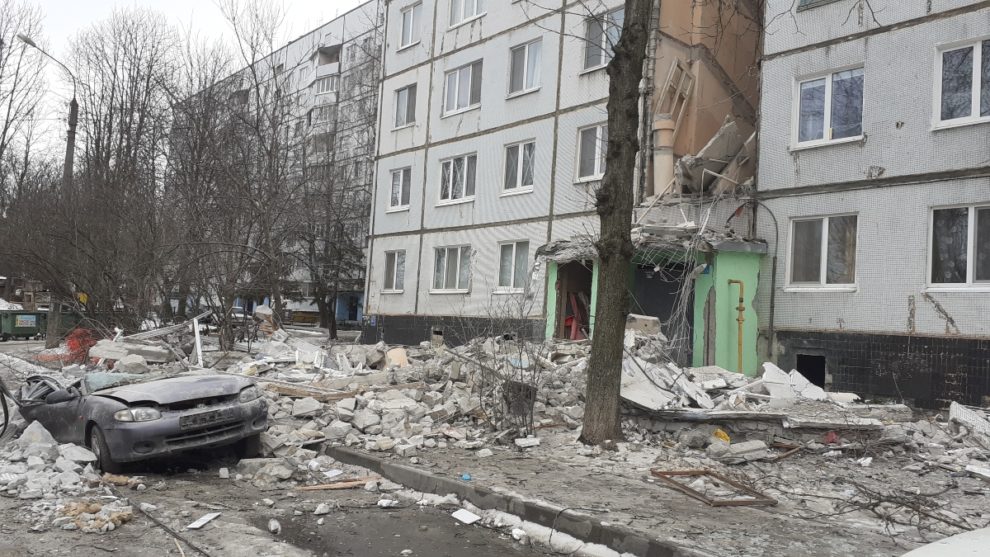 Ukrainian emergency services said Monday that Russian shelling had destroyed a building, killing six people in the town of Toretsk in the eastern region of Donetsk.

“Early in the morning, the town of Toretsk was shelled. A two-story building with people inside was destroyed,” the emergency services said in a statement on social media.

“Rescuers found and recovered the bodies of five dead people in total. Three people were rescued from the rubble and one of them died in hospital,” the statement said.

Rescue workers in blue helmets could be seen digging through debris and clearing rubble from the remains of the collapsed building in images distributed by officials.

Toretsk, a town with an estimated population of 30,000 people lies some 50 kilometres (30 miles) south of Kramatorsk, one of the last Ukrainian-controlled towns in the industrial east.

Russian forces are working to capture the entire Donbas region and recently wrested control of the sister cities Lysychansk and Severodonetsk from Ukrainian troops.