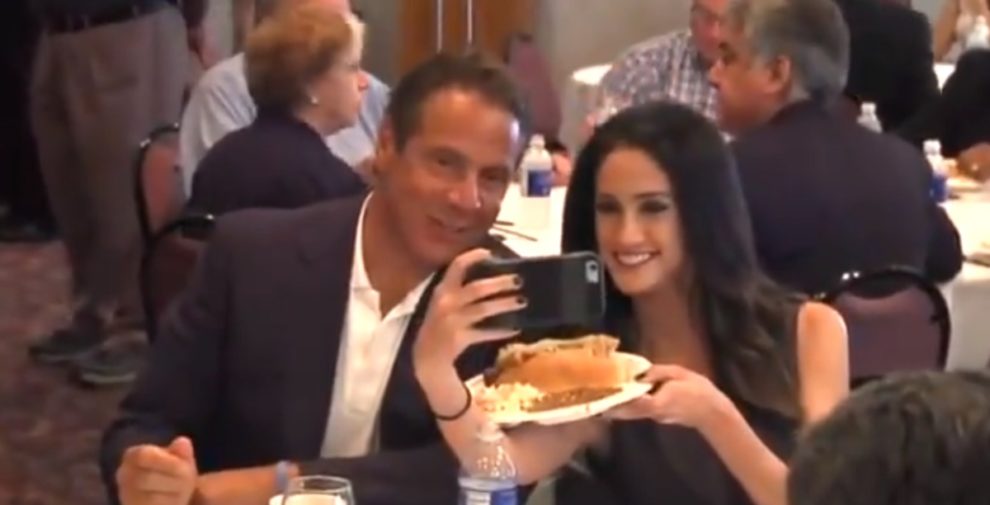 The woman has not been named in the report.

The supervisor in the Executive Chamber learned of the allegations over the weekend. The sixth woman said that Governor Cuomo inappropriately touched her late last year during an interaction at the governor’s mansion, where she had been called to do work.

The Times Union received confirmation from a source familiar with the situation on Tuesday. Over the weekend, Gov Cuomo’s office was informed about the situation.

Other employees in the Executive Chamber reported the complaint to the governor’s counsel. The governor’s office also shared the information with the attorney general’s office, which is coordinating an investigation into multiple allegations of sexual harassment levelled against the governor.

‘All allegations that we learn of directly or indirectly are going promptly to the investigators appointed by the attorney general,’ Cuomo’s acting counsel Garvey said after the sixth allegation.

Cuomo denied ever touching anyone inappropriately when he first addressed the allegations against him last week.

In response to earlier claims by another aide, Lindsey Boylan, that he had kissed her in his Manhattan office, Governor Cuomo said, “I want you to know this from me directly, I never touched anyone inappropriately.”

The new allegations by the sixth woman questions the credibility of Cuomo’s statement, and will surely increase pressure on Governor Cuomo to resign as asked by many lawmakers, including fellow Democrats.

Members of the New York State Assembly Republican Conference announced on Monday that they would introduce a resolution calling for Governor Cuomo’s impeachment over the sexual harassment scandal, as well as on reports that the state hid the true number of coronavirus deaths in nursing homes.