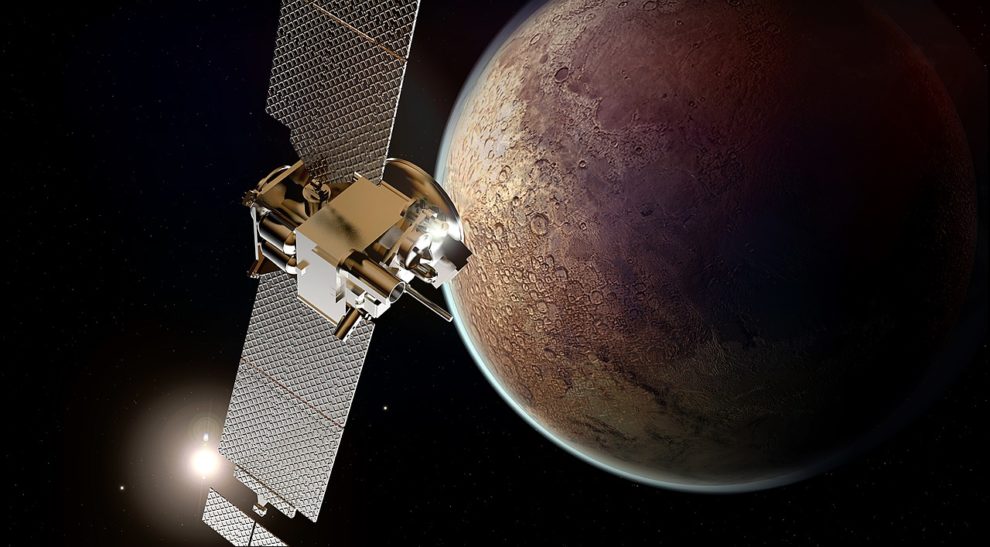 The sound of a dust devil on Mars was recorded for the first time as the eye of the whirlwind swept over the top of NASA’s Perseverance rover, a new study said Tuesday.

“We hit the jackpot” when the rover’s microphone picked up the noise made by the dust devil overhead, the study’s lead author Naomi Murdoch told AFP.

The researchers hope the recording will help to better understand the weather and climate on Mars, including how its arid surface and thin atmosphere may once have supported life.

Common across Mars, dust devils are short-lived whirlwinds loaded with dust that form when there is a major difference between ground and air temperatures.

They are a common feature in the Jezero crater, where the Perseverance rover has been operational since February 2021 — but it had never before managed to record audio of one of them.

This time the microphone on the rover’s SuperCam — which previously recorded the first ever audio from the Martian surface — managed to catch the muffled, whirring sounds of the dust devil.

“We hear the wind associated with the dust devil, the moment it arrives, then nothing because we are in the eye of the vortex,” said Murdoch, a planetary researcher at France’s ISAE-SUPAERO space research institute, where the SuperCam’s microphone was designed.

Then the sound returns “when the microphone passes through the second wall” of the dust devil, she added.

The impact of the dust made “tac tac tac” sounds which will let researchers count the number of particles to study the whirlwind’s structure and behaviour, she said.

It could also help solve a mystery that has puzzled scientists. On some parts of Mars, “whirlwinds pass by sucking up dust, cleaning the solar panels of rovers along the way,” Murdoch said.

But in other areas, the whirlwinds move by without kicking up much dust. “They’re just moving air,” Murdoch said, adding that “we don’t know why”.

For example, the solar panels of NASA’s InSight lander are “covered in dust” because it is located at a spot where it cannot take advantage of these natural vacuum cleaners, she said.

Understanding why this happens could help scientists build a model of dust devils so they might predict where the whirlwinds might strike next.

It could even shed light on the great dust storms that sweep across the planet, famously depicted in the 2015 science-fiction film “The Martian”, starring Matt Damon. However Murdoch noted that the violence of the dust storms shown in the film was “unrealistic”.

Sylvestre Maurice, a planetary scientist and co-author of the study published in the journal Nature Communications, said that analysing Martian dust makes it possible to “explore the interactions” between the ground and the extremely thin atmosphere.

The atmosphere was much thicker billions of years ago, which allowed for the presence of life-sustaining liquid water, said Maurice, who also works on the SuperCam.

“You might think that studying the Martian climate today is unrelated to the search for traces of life from billions of years ago,” he said.

“But it is all part of a whole, because the history of Mars is one of extreme climate change from a humid, hot planet to a completely arid and cold planet.”