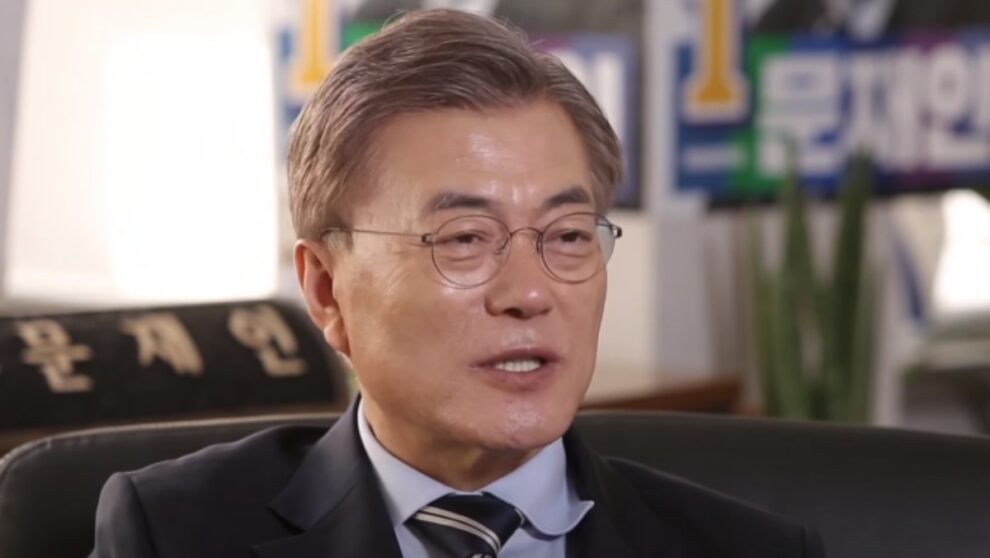 South Korea’s former president Moon Jae-in is seeking to give up two dogs gifted to him by North Korean leader Kim Jong Un, citing a lack of support from Seoul, his office said Monday.

The white Pungsan dogs, one male named Songkang and a female named Gomi, were given to Moon by Kim after their third summit in Pyongyang in September 2018 as a token of their blossoming friendship.

The pair gave birth to seven puppies during Moon’s presidency, and he had taken Songkang, Gomi, and one puppy to his private residence after his term ended in May this year.

Under the Presidential Records Act, legally speaking the dogs are state property to be returned to the care of the Presidential Archives but an agreement was signed entrusting the three dogs to Moon on the last day of his term, his office said in a statement.

The agreement included a provision for government support to cover the expense of keeping the dogs totalling 2.5 million won ($1,800) a month, according to local reports.

But Moon’s office said the agreement had not been implemented due to an objection from the presidential office of his successor Yoon Suk-yeol, adding Moon was willing to hand over custody of his dogs.

“Looking at the progress so far, the Presidential Office seems to be negative about entrusting the management of the Pungsan dogs to former president Moon,” his office said in a statement.

“If that’s the case, we can be frank about it,” it said, adding Moon was willing to end his custody if the government had come up with a better management plan.

The fate of the hounds triggered an outpouring of public concern and criticism, with social media users asking to take the trio.

“Dogs are family. How can they be sent away simple because of money?” asked one user.

Another commented: “As a person who has a dog, this is hard to wrap my head around. If I can, I’d take the dogs.”

Known for loyalty and intelligence, the Pungsan breed — a hunting dog with a thick, creamy white coat, pointy ears and hazel eyes — is originally from an area of the same name in the North.