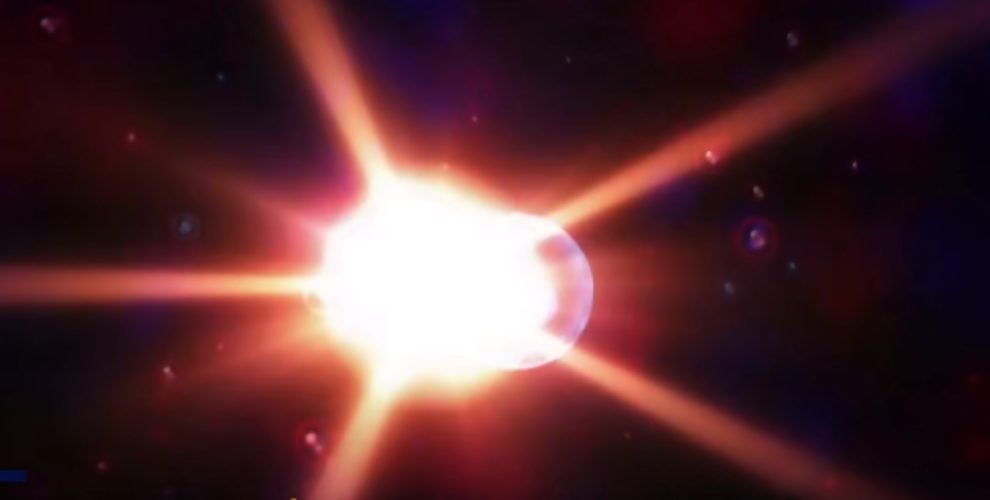 A large metal ring and sphere that villagers in rural western India said fell from the sky over the weekend could be from a Chinese rocket launched into space last year, officials told local media.

The metal ring — reportedly two to three metres (6.5-10 feet) in diameter and weighing over 40 kilogrammes (90 pounds) — was discovered in a village field in Maharashtra state late on Saturday, district collector Ajay Gulhane told the Press Trust of India.

“We were preparing a community feast, when the sky blazed with the red disc which fell with a bang on an open plot in the village,” an unnamed woman in Maharashtra’s Chandrapur district told The Times of India.

“People ran to their home fearing (an) explosion and remained inside for nearly half an hour.”

Another object — a large, metal ball around half a metre (1.5 feet) in diameter — fell in another village in the district, Gulhane told PTI.

“It has been collected for examination. We had sent (junior officials) to every village in the district to find if more parts of objects, if any, are lying scattered.”

There were no reports of injuries or structural damage.

An Indian Space Research Organisation (ISRO) official told the Times that the timing of the objects’ arrival was the “closest match” to the re-entry times on Saturday for debris from a Chinese rocket launched in February 2021.

“When rocket bodies survive atmospheric re-entry, the rocket parts such as nozzles, rings and tanks can impact on Earth,” another ISRO official told the newspaper.

Space-watcher Jonathan McDowell of the Harvard-Smithsonian Center for Astrophysics tweeted that the ring was consistent with a piece of China’s Long March 3B rocket.

Objects generate immense amounts of heat and friction when they enter the atmosphere, which can cause them to burn up and disintegrate, but larger ones may not be destroyed entirely.

Their wreckage can land on the surface of the planet and may cause damage and casualties, though that risk is low.

In 2020, debris from another Chinese Long March rocket fell on villages in the Ivory Coast, causing structural damage but no injuries or deaths.