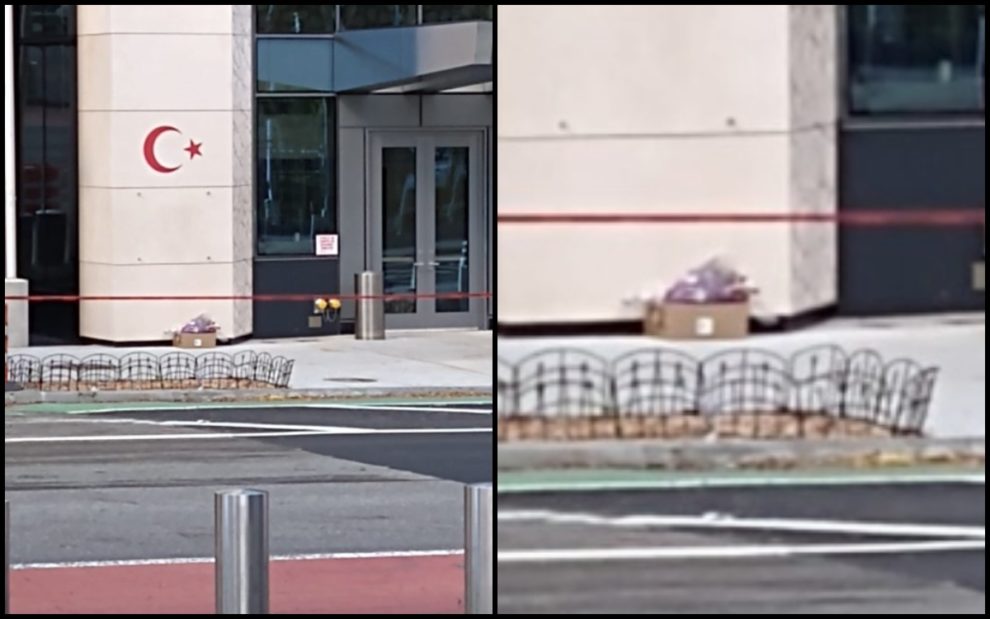 Police cordon off area outside UN headquarters in New York over ‘suspicious’ package.

The package is placed in front of the Turk Evi (Turkish House) in New York City, near UN Headquarters building.

1st Ave. At UNHQ main entrance (on 46th street) has been blocked by #NYPD for 40 minutes due to suspicious box infront of the Mission of #Turkey.
Check pictures here pic.twitter.com/IYlzpKJXMs

Police received the alert around noon local time. The NYPD has cleared a two-block radius around the mission.

Bomb squad is reportedly on its way.

The object appears to be a box of flowers, according to police, Sputnik reported.