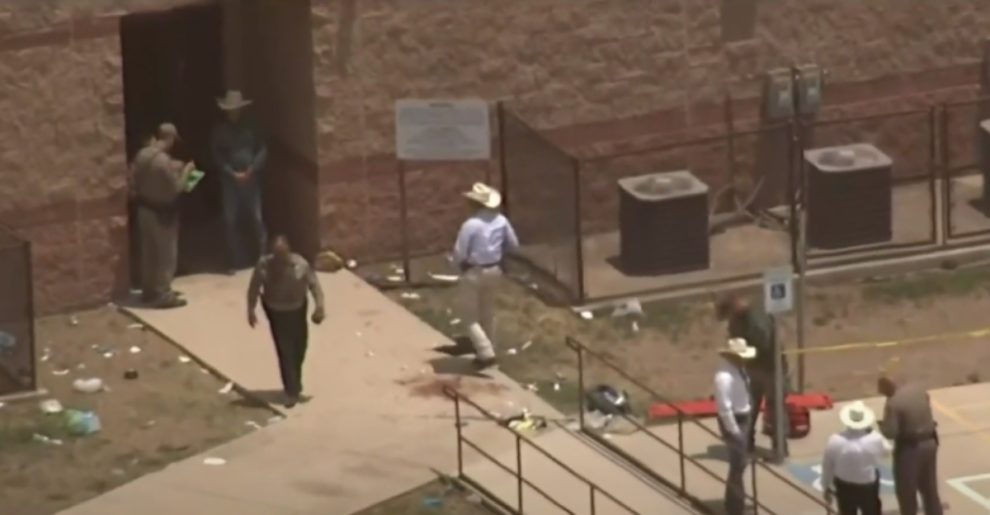 The Texas school gunman shared his plan to attack a school on Facebook approximately 15 minutes before opening fire, the state governor said Wednesday, adding the attack weapon was a AR-15 assault rifle.

Governor Greg Abbott also told a press conference that the gunman shot his grandmother in the face before heading to the elementary school, where he shot dead 19 children and two teachers.

“The first post was to the point of, he said ‘I’m going to shoot my grandmother,'” Abbott said.

“The second post was ‘I shot my grandmother.’ The third post, maybe less than 15 minutes before arriving at the school was ‘I’m going to shoot an elementary school.'”

Facebook rapidly released a statement after Abbott’s comments, saying the posts “were private one-to-one text messages that were discovered after the terrible tragedy occurred.”

“We are closely cooperating with law enforcement in their ongoing investigation,” said Andy Stone, spokesman for Facebook’s parent company Meta.

“The first thing that happened was that the gunman shot his grandmother in the face,” he said.

“She then contacted police. The gunman fled and, as he was fleeing, had an (vehicle) accident just outside of the elementary school and he ran into the school.

“Officers… engaged the gunman at that time. The gunman then entered a back door and went down two short hallways, and then into a classroom on the left-hand side.”