Former President Donald Trump called on President Biden to resign, in a statement released on Monday. Trump blasted Biden on the rising deaths due to COVID in the United States.

“Biden said that he was going to “beat the virus,” but instead, the virus has beaten him—and badly. Far more people died this year than last, despite tremendous help from vaccines and therapeutics developed under “Trump.” He said anybody with his results should leave office. Well Joe, what are you waiting for!” 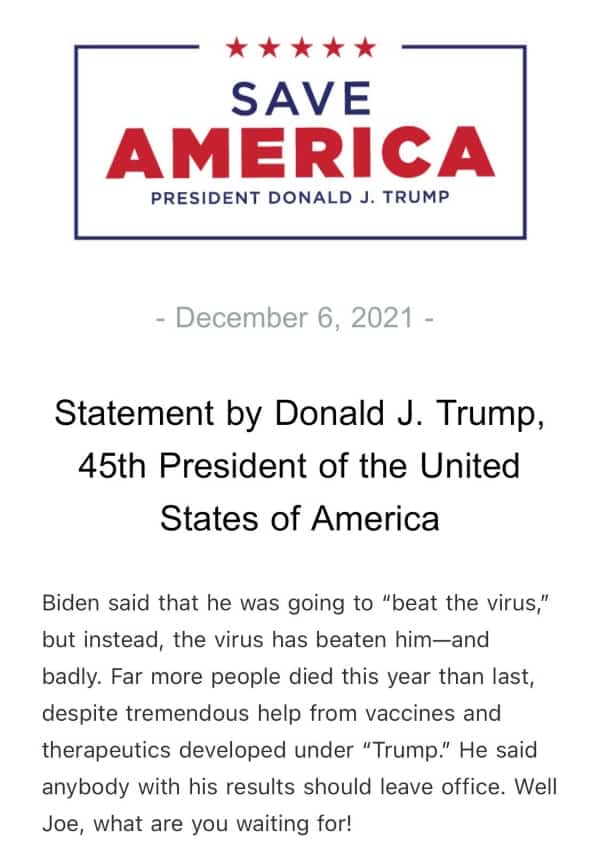