Donald Trump, on Monday, issued a new statement expressing his support for the Cuban people while criticising Biden for failing to stand up to the “Communist regime” in Cuba.

Big demonstrations are breaking out in Cuba and Miami in protest of the Communist Cuban Government (although, today there are zero protesters in Cuba—you know what that means!).

Don’t forget that Biden and the Democrats campaigned on reversing my very tough stance on Cuba. Remember when Obama attended baseball games with Castros while they imprisoned, beat, and killed the Cuban people.

I stand with the Cuban people 100% in their fight for freedom. The Government must let them speak and be free! Joe Biden MUST stand up to the Communist regime or—history will remember. The Cuban people deserve freedom and human rights!  THEY ARE NOT AFRAID! 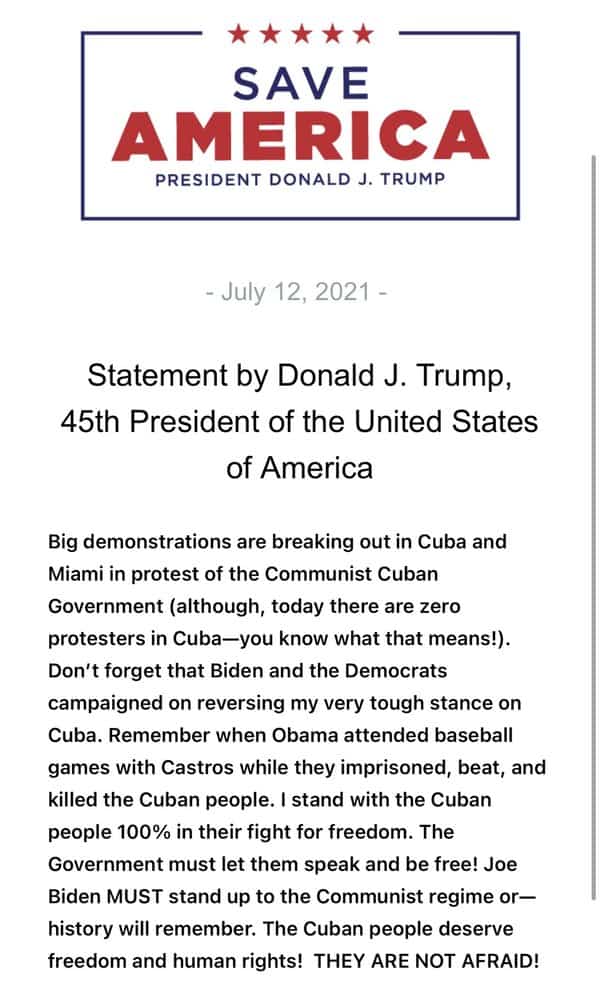 Trump plane made emergency landing after engine failure: US media