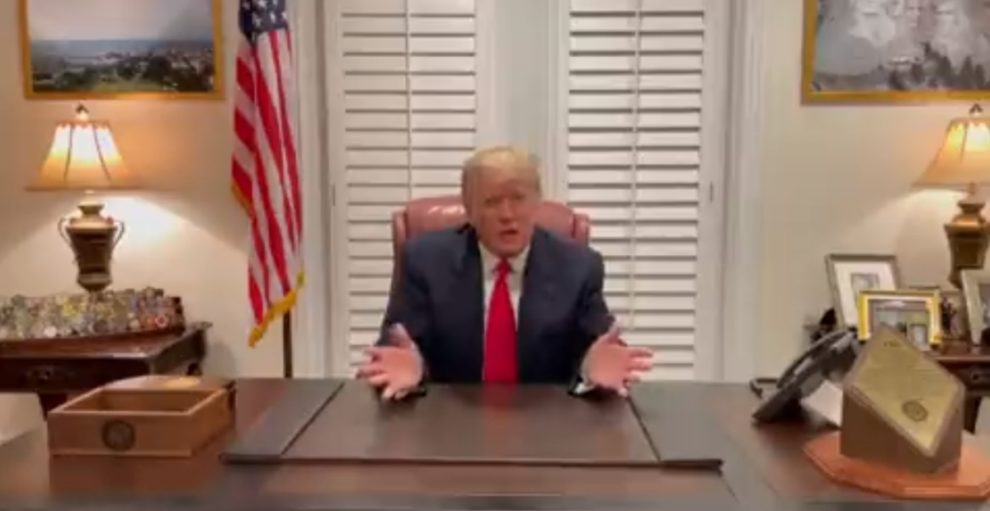 Donald Trump claimed on Monday that his passports were seized during last week’s FBI raid at Mar-a-Lago.

He referred to it as a “assault on a political opponent.”

“Wow. In the raid by the FBI or Mar-a-Lago, they stole my three Passports (one expired), along with everything else. This is an assault on a political opponent at a level never before seen in our country. Third World,” he wrote on his Truth Social platform.

Trump would be unable to travel outside of the United States without a valid passport.

Trump also wrote “Republicans could win many additional seats, both in the House & Senate, because of the strong backlash over the raid at Mat-a-Lago. Polls are showing that some lost Republican territory over the last number of weeks has been more than made up with the unannounced Break In by the FBI, which should never have happened!” in a post published before the one about the passports.

During the Aug. 8 search for possible Espionage Act violations, investigators seized 11 sets of classified documents. However, the former president Trump disclosed a week later that FBI agents had seized three passports from his private residence.