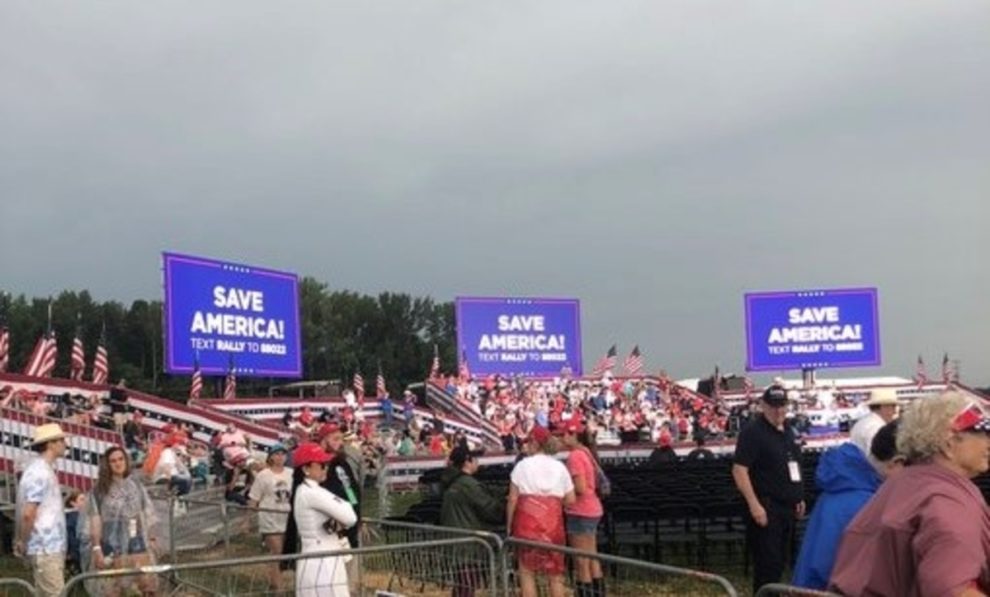 Former President Donald Trump is set give live speech tonight at the York Farms in Cullman, Alabama, in his rally.

The rally opened gates at 2 p.m., with a variety of vendors, music, and speakers. Organizers estimated that 40,000 people would attend the event.

Due to the increasing number of COVID-19 cases, the Cullman City Council declared a state of emergency on Thursday. Trump’s visit coincides with a surge in cases.

Trump is expected to lash out again at President Joe Biden over the Taliban takeover of Afghanistan.

Donald Trump’s rally will be live-streamed on YouTube and Rumble this evening, with the former president expected to take the stage at 8:30 ET.