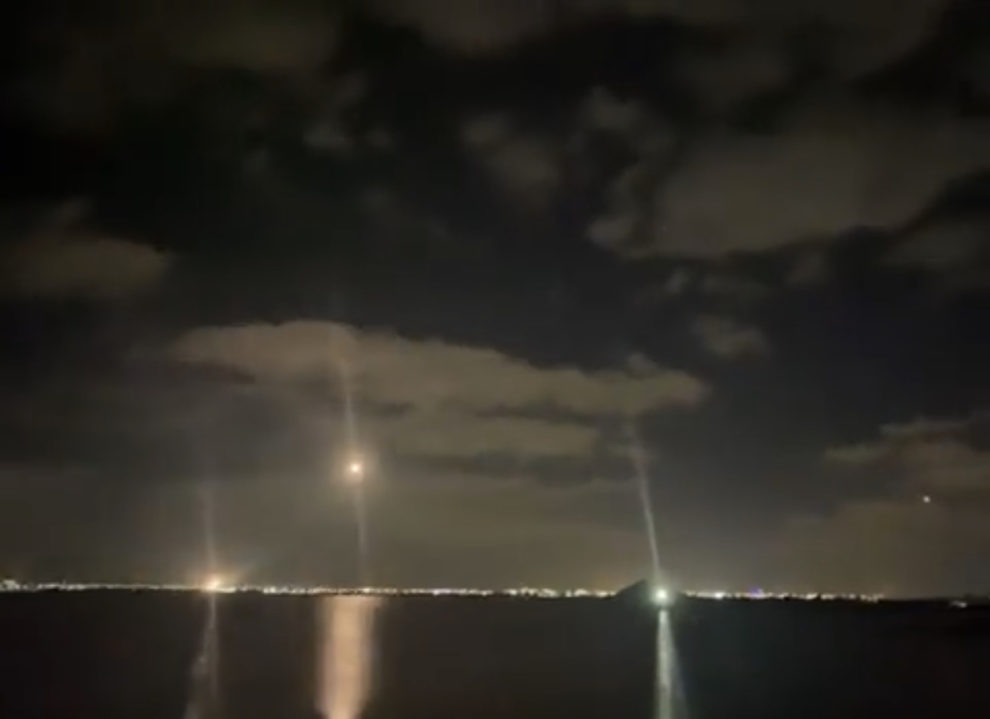 Two ballistic missiles fired by Yemen’s Huthi rebels have been intercepted and destroyed over the United Arab Emirates, the defence ministry said on Monday, as tensions soared a week after a deadly attack on Abu Dhabi.

Debris from the missiles fell around Abu Dhabi, where three people were killed in a drone-and-missile attack claimed by the Huthis last week.

“The attack did not result in any casualties, while the remnants of the intercepted and destroyed ballistic missiles fell in separate areas around the Emirate of Abu Dhabi,” a statement said.

The ministry added that it was “ready to deal with any threats” and was “taking all necessary measures to protect the state from all attacks”, the official WAM news agency said.

The Huthis appeared to claim the attack when spokesperson Mohammed Abulsalam said he would reveal details of a “military operation” in UAE and Saudi Arabia.

“The Yemeni armed forces will unveil in the next few hours details of a military operation deep in UAE and Saudi Arabia,” he tweeted.

Last week’s attack was a shock for the UAE, usually an oasis of calm in the volatile region. It was the first deadly attack on UAE soil acknowledged by the Emiratis and claimed by the Huthis.

It triggered a series of air strikes on Yemen, where the UAE is part of the Saudi-led coalition fighting the Iran-backed rebels.

Fourteen people died in an air raid on the capital, Sanaa, and at least three children were killed in an attack on Hodeida that knocked out the struggling country’s internet.

The coalition denied carrying out a strike on a prison in Saada, the rebels’ home base, that killed at least 70 people and wounded more than 100.

“This is the latest in a long line of unjustifiable air strikes carried out by the Saudi-led coalition on places like schools, hospitals, markets, wedding parties and prisons,” said Ahmed Mahat, MSF head of mission in Yemen.

Yemen’s civil war began in 2014 when the Huthis seized Sanaa, prompting Saudi-led forces to intervene to prop up the government the following year.

The conflict has killed hundreds of thousands of people directly or indirectly and left millions on the brink of famine, according to the UN which calls it the world’s worst humanitarian catastrophe.