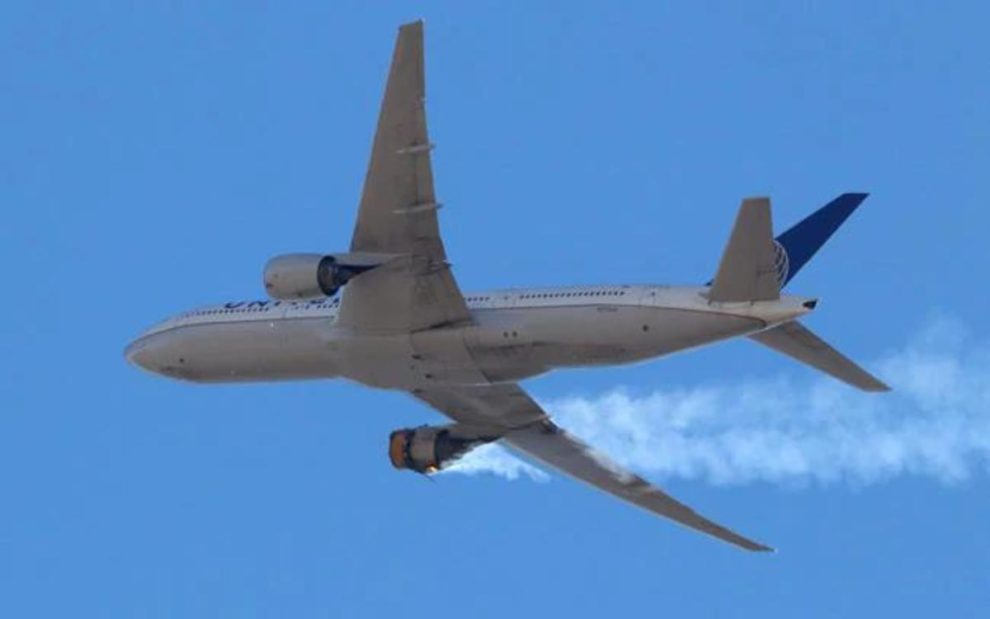 UK airspace temporarily banned Boeing 777s with the same type of engine which caught fire after taking off from Denver. The Civil Aviation Authority (CAA) has ordered the two jets fitted with PW4000s to stop.  This action came in order “to restore an acceptable level of safety”.

The restriction takes the form of a safety measure that states: “All such Boeing 777 operations in the UK, whether by UK operators or foreign operators, should cease until appropriate safeguards are in place.”

Furthermore, Transport Secretary Grant Shapps announced the restriction on Twitter. This move came after a United Airlines Boeing 777 using Pratt & Whitney 4000-112 engines after take-off had to make an emergency landing due to an engine failure. Its right engine caught fire with debris falling down on the northern suburb of Broomfield.

“After issues this weekend, Boeing B777s with Pratt & Whitney 4000-112 series engines will be temporarily banned from entering the UK airspace. I will continue to work closely with the @UK_CAA  to monitor the situation.”- Rt Hon Grant Shapps MP

After the Pratt & Whitney 4000-112 engine incident on a Boeing 777 aircraft, we have suspended this configuration's use in UK airspace. It is not used by any UK airlines.

It is operated by airlines in the USA, Japan and South Korea where authorities have also stopped its use. pic.twitter.com/i97yio5X2q

No harm to the passengers

The pilots safely landed the plane. All 231 passengers and 10 crew onboard remained safe including those on the ground.

A Boeing 777 from Japan Airlines forced into emergency two months earlier while landing at Naha airport in Okinawa. Its left engine housing parts became loose and was fitted with Pratt & Whitney PW4000 engines as with the Denver aircraft.

Japan banned the aircraft-engine combination early on Monday morning, and United Airlines announced it would ground the affected 777s. Boeing itself suggested grounding the plane while the fan blades undergo the checks.

The CAA directive is addressed to “All Operators and Pilots in Command of Boeing 777 Aeroplanes powered by Pratt & Whitney 4000-112 engines” and “contains mandatory action that is required to establish an acceptable level of safety”.

UK airlines can not operate Boeing 777s anywhere with the engines in question from Monday. While those associated with foreign airlines can not use UK airspace. Rob Bishton, group director for Safety & Airspace for the CAA signed this directive.

Boeing said in a statement on Monday it is actively monitoring recent events related to United Airlines Flight 328. “Boeing supports the decision yesterday by the Japan Civil Aviation Bureau, and the FAA’s action today to suspend operations of 777 aircraft powered by Pratt & Whitney 4000-112 engines,” said Boeing.