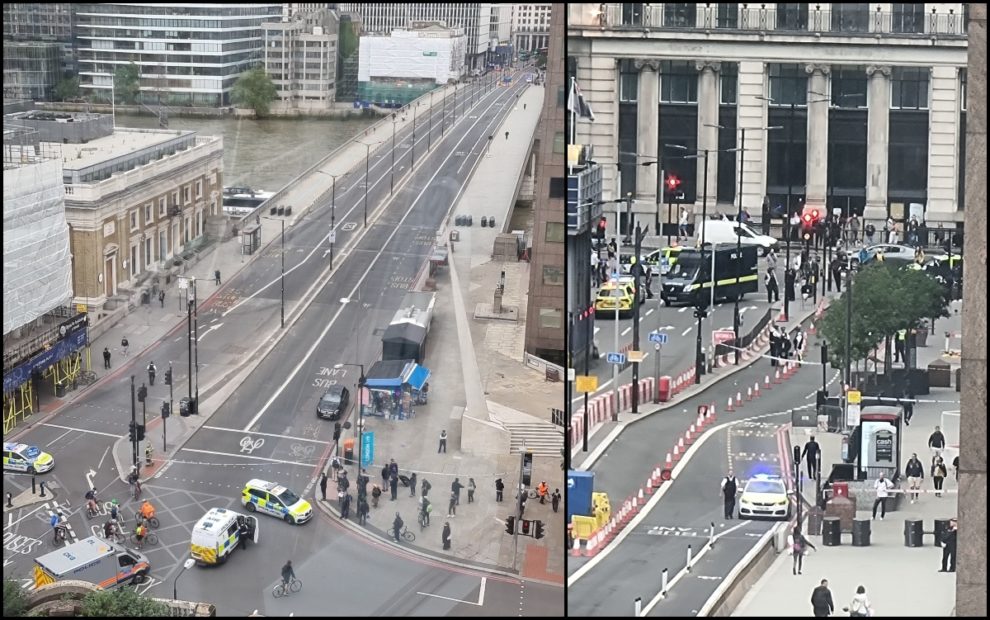 London Bridge has been “closed” with a big police presence after initial reports that an unexploded world war 2 bomb has been found.

According to reports, a possible World War 2 bomb has been discovered at Guy’s Hospital

“A safety cordon has been established. Traffic is being diverted and roads closed. Please avoid the area. Experts are on the scene,” Police added.

Looks like #londonbridge is closed off by police. pic.twitter.com/phlM6h4rNp

Officers from the Met police and the London Fire Brigade have put in various cordons and advising people to avoid the area whilst the EOD bomb disposal team make the device safe.

Two Police Officers Stabbed In London Ahead Of Queen’s Funeral