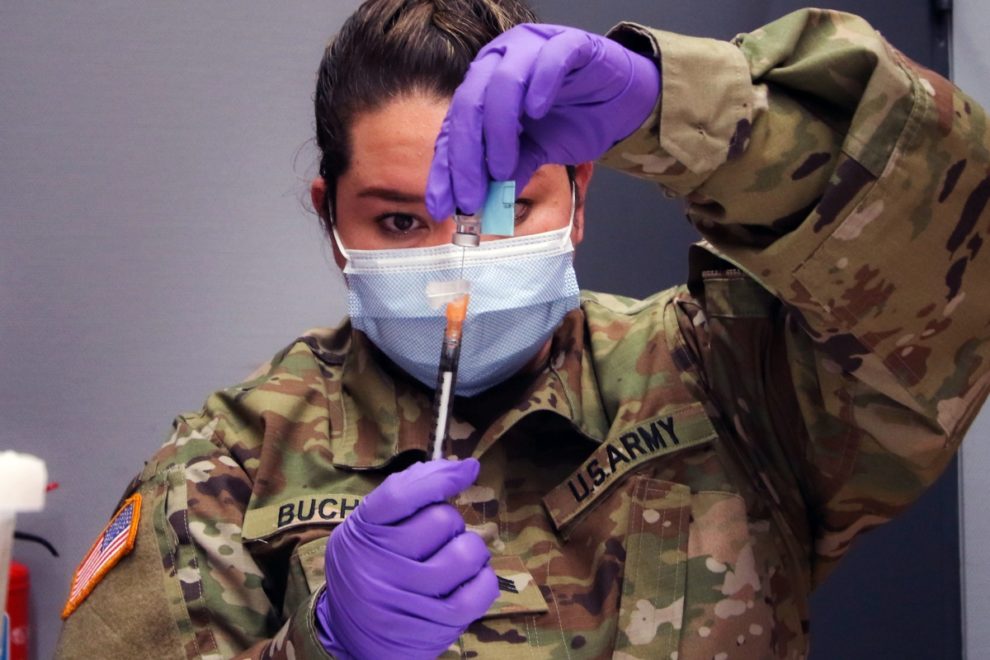 The US Army announced Wednesday it will begin discharging soldiers who refuse to comply with a mandatory Covid-19 vaccination rule.

“Unvaccinated Soldiers present risk to the force and jeopardize readiness,” Secretary of the Army Christine Wormuth said in a statement.

“We will begin involuntary separation proceedings for Soldiers who refuse the vaccine order and are not pending a final decision on an exemption.”

As of January 26, six high-ranking officers — including two battalion commanders — had been removed from their posts for refusing to get vaccinated against Covid-19.

The army has issued written “reprimands” to 3,073 soldiers who have also refused to get vaccinated.

The US Navy announced in mid-October that personnel who declined vaccination against Covid-19 would be expelled from the force.

It has been particularly sensitive to the pandemic because of the risk that a single Covid case could infect an entire ship or submarine at sea, forcing it out of action.

In a press release Wednesday, the navy said that about 8,000 active duty and reserve service members remained unvaccinated, and that to date, 118 people had been dismissed for refusing the vaccine.

The Marine Corps previously said it had discharged more than 300.

Around 97 percent of the approximately 1.4 million active-duty US military personnel have received at least one dose of Covid-19 vaccine, according to the Pentagon.