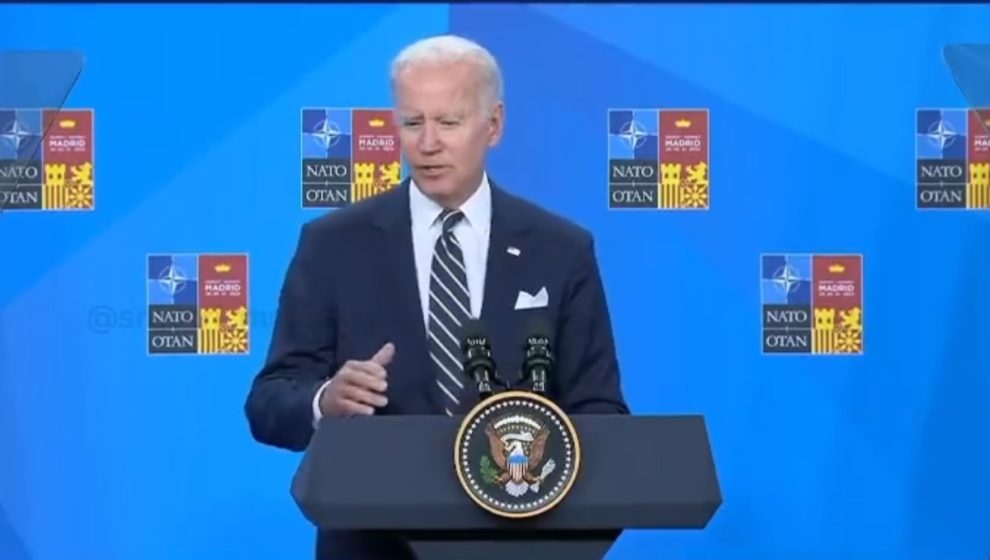 US President Joe Biden announced Thursday that railroad companies and unions had reached a tentative deal to avert a strike that had threatened to disrupt travel and supply chains.

The agreement was reached after marathon talks at the Labor Department in Washington that began Wednesday and stretched late into the night.

Biden, in a statement released by the White House, said the deal, which comes two months before midterm elections, “is an important win for our economy and the American people.

“The hard work done to reach this tentative agreement means that our economy can avert the significant damage any shutdown would have brought,” the president said.

“These rail workers will get better pay, improved working conditions, and peace of mind around their health care costs: all hard-earned.”

Unions representing freight company workers had threatened to go on strike at midnight on Friday if a deal had not been reached.

The Association of American Railroads, which represents the nation’s freight railroads, welcomed the agreement, which calls for a 24 percent wage increase between 2020 and 2024.

Major freight carrier Union Pacific said it “looks forward to the unions ratifying these agreements and working with employees as we focus on restoring supply chain fluidity.”

Amtrak, the US rail passenger operator, which had announced plans to cancel long-distance train services if freight workers went on strike, said it would immediately get trains rolling again.

“Amtrak is working to quickly restore canceled trains and reaching out to impacted customers to accommodate on first available departures,” it said in a statement.

In his statement, Biden called the deal a “win for tens of thousands of rail workers who worked tirelessly through the pandemic to ensure that America’s families and communities got deliveries.”

“I thank the unions and rail companies for negotiating in good faith and reaching a tentative agreement that will keep our critical rail system working and avoid disruption of our economy,” he said.

Biden regularly expresses strong support for workers but is also struggling to avoid further economic damage ahead of the midterm congressional elections in early November.

Voters already are worried about soaring prices in the post-pandemic economy, where supply chain issues have been a constant scourge and annual inflation has surged to a 40-year high.

The Association of American Railroads had warned that a strike would bring 7,000 trains to a halt, costing $2 billion a day.

Biden in July appointed an arbitration panel to facilitate the discussions and head off a work stoppage.

Farmers and retailers had warned that a strike would hit US supply chains already battered by the Covid-19 pandemic.