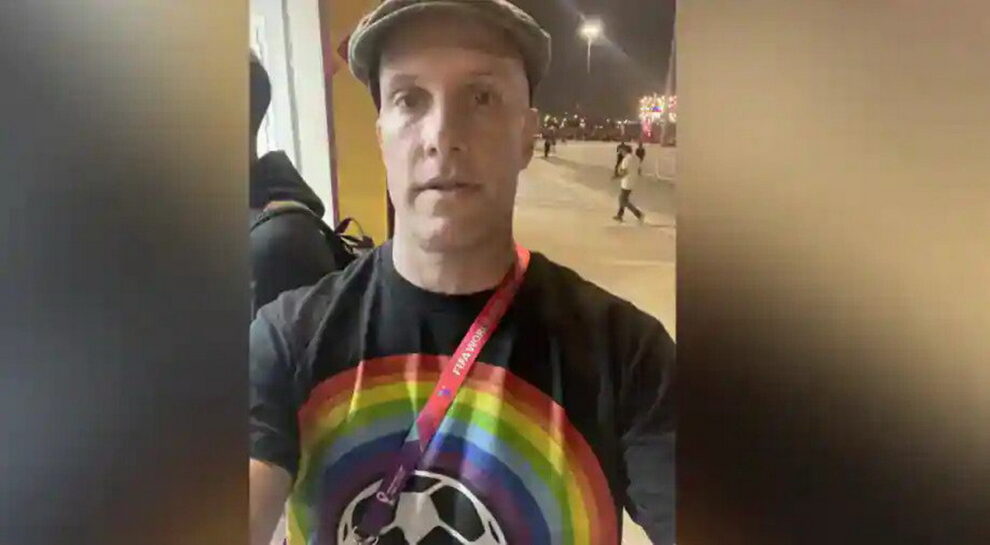 A leading American sports reporter, who last month had a run-in with Qatar’s World Cup organisers over a rainbow LGBTQ shirt, died while covering a tense quarter-final match Friday, his family said.

Grant Wahl, 48, helped build soccer’s popularity in the United States through his vivid reporting for Sports Illustrated, CBS Sports and other media.

A Qatar organising committee spokesperson said “he received immediate emergency medical treatment on site, which continued as he was transferred by ambulance to Hamad General Hospital.”

“We offer our deepest condolences to Grant’s family, friends and his many close colleagues in the media,” the statement added.

Organisers did not mention an incident just before the November 21 match between the United States and Wales when Wahl was stopped as he entered the stadium for wearing a rainbow shirt in support of LGBTQ rights.

Widespread tributes were paid to the journalist who had been covering his eighth World Cup, starting with the 1994 tournament in the United States.

“His love for football was immense and his reporting will be missed by all who follow the global game,” said FIFA president Gianni Infantino in a statement.

“Grant made soccer his life’s work, and we are devastated that he and his brilliant writing will no longer be with us,” US Soccer said.

The “entire US Soccer family is heartbroken,” it added.

“Fans of soccer and journalism of the highest quality knew we could count on Grant to deliver insightful and entertaining stories about our game, and its major protagonists: teams, players, coaches and… many personalities that make soccer unlike any sport.”

Wahl said on his subscription newsletter earlier this week that he’d gone to a clinic at the media center in Qatar, “and they said I probably have bronchitis.”

“My body finally broke down on me. Three weeks of little sleep, high stress and lots of work can do that to you… I could feel my upper chest take on a new level of pressure and discomfort,” he wrote.

With some antibiotics and “some heavy duty cough syrup” Wahl said he was “feeling a bit better just a few hours later. But still: No bueno.”

Wahl joined Sports Illustrated, then the leading US sports publication, in 1996 to report on soccer. He remained at the magazine until 2020, joining CBS Sports a year later.

He also had a subscription email newsletter, and was posting to that during the World Cup. He was recently among journalists honoured by the International Sports Press Association (AIPS) for their work.

US State Department spokesman Ned Price tweeted: “We are deeply saddened to learn of the death of Grant Wahl” and added that US authorities have been “in close communication” with his family.