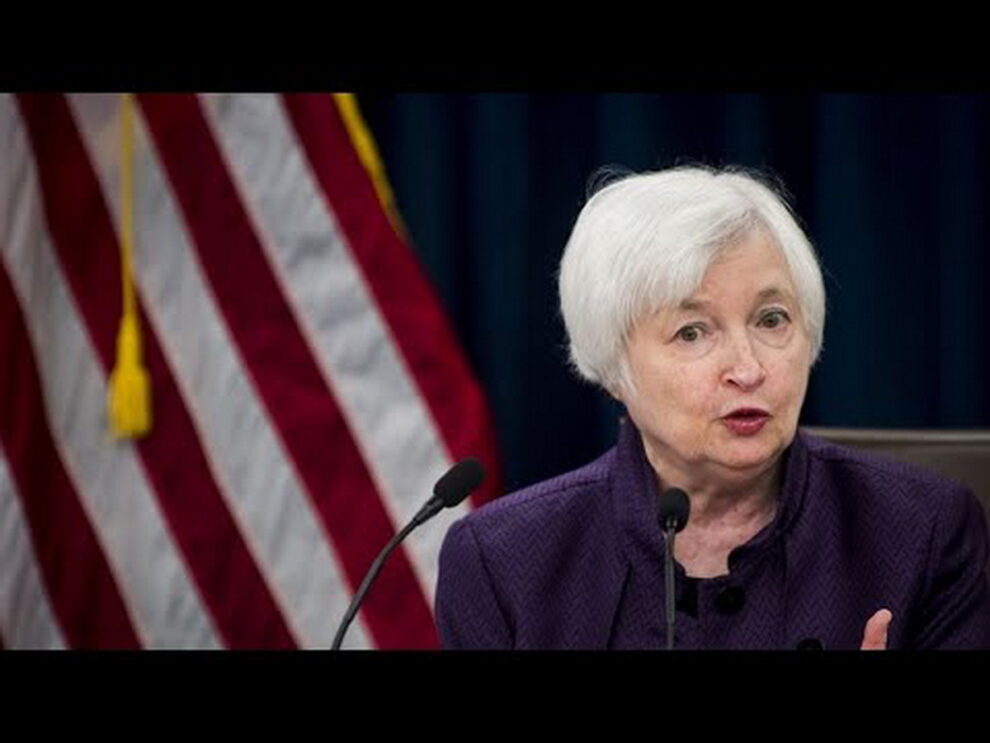 The US Treasury began taking measures Thursday to prevent a default on government debt, as Congress heads towards a high-stakes clash between Democrats and Republicans over raising the borrowing limit.

Such “extraordinary measures” can help reduce the amount of outstanding debt subject to the limit, currently set at $31.4 trillion, but the Treasury has warned that the tools would only help for a limited time — likely not longer than six months.

“I respectfully urge Congress to act promptly to protect the full faith and credit of the United States,” said Treasury Secretary Janet Yellen in a letter to Congressional leadership Thursday.

She added there is “considerable uncertainty” on how long the measures can last before risking default.

“Failure to meet the government’s obligations would cause irreparable harm to the US economy, the livelihoods of all Americans, and global financial stability,” Yellen said last week.

A default would harm US credibility, and JPMorgan Chase Chief Executive Jamie Dimon cautioned Thursday that “we should never question the creditworthiness of the United States government.”

“That is sacrosanct,” he said in an interview with CNBC.

The world’s biggest economy could face severe disruption with Republicans threatening to refuse the usual annual rubber stamping of a rise in the legal borrowing limit, and this could push the United States into default.

They argue that radical cuts are needed to reduce borrowing, which Congress has generally agreed to increase each year — raising the so-called debt ceiling.

But the White House said cuts of the size Republicans demand would have to come from key social security and military spending programs, or involve major new taxes.

It has also vowed that Biden would not negotiate with hardline Republicans over their “risky and dangerous” opposition to increasing the limit.

“Republicans are creating a crisis that need not exist,” said Congressman Brendan Boyle, top Democrat on the House Budget Committee.

Conversely, “if the debt limit were not raised, the amount of spending cuts or tax increases that would be required would equal $1.5 trillion this year” or more in the next decade, said Leonard Burman and William Gale of the Urban-Brookings Tax Policy Center.

They added that “a desire to change the course of fiscal policy should be manifested in new congressional initiatives” rather than a refusal to pay bills that have arisen from earlier action.

The Treasury Department said Thursday it would turn to resources from two funds for retirees as it starts “extraordinary measures.”

It will not fully invest a portion of the Civil Service Retirement and Disability Fund (CSRDF), with a “debt issuance suspension period” to last until early June.

Treasury will also halt additional investments of amounts credited to the CSRDF and Postal Service Retiree Health Benefits Fund, Yellen said, adding that retirees would not be affected by these moves.

As the debt ceiling is reached, Treasury will start to draw down its cash balances and turn to accounting techniques to allow the government to continue its functions, said Mickey Levy of Berenberg Capital Markets.

But he believes the probability of a government default on its debt is close to zero.

“I think ultimately… there will be an agreement to raise the debt ceiling but between now and then, there’s going to be a lot of debate and rancorous politics,” Levy told AFP.

If things stand as they are however, spending will keep rising and increasing debt, he said, adding that a large part goes to entitlement programs such as Social Security and Medicare.

“The political appetite to really address these programs is just not there,” he said.

Markets will likely remain unfazed for now, with Edward Moya of trading platform OANDA saying: “Every time, it goes down to the wire.”

US will provide 31 Abrams tanks to Ukraine