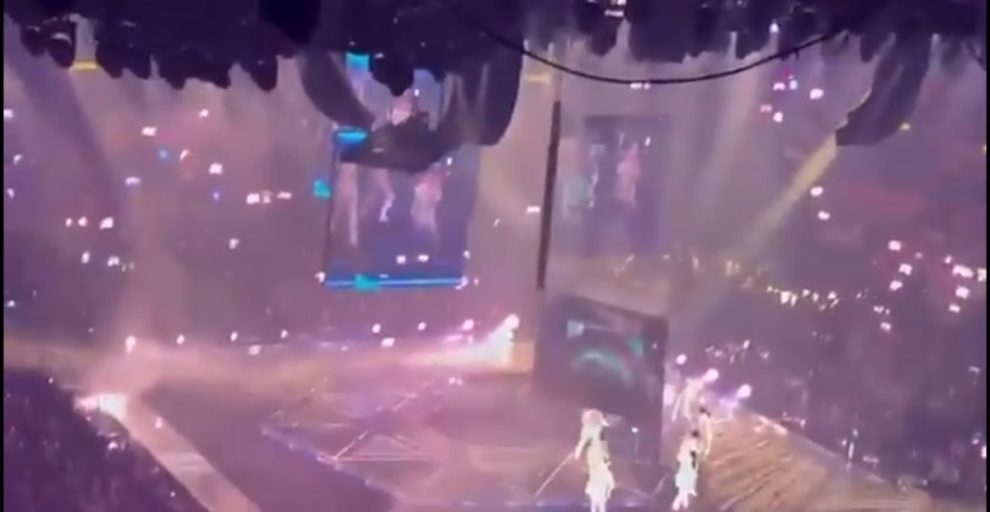 A large TV screen fell off during a concert by local boy band Mirror at Hong Kong Coliseum on Thursday night around 10.35 p.m., injuring at least three dancers.

According videos recorded by audience, the big screen lands on at least two dancers. It was like a chopping block landed on the head and neck of one of the dancers.

BREAKING: A live performance by Hong Kong boy band Mirror was cut short after a screen fell and struck dancers below, at least 2 injured.pic.twitter.com/4rJ1381qMy

About 10 minutes after the accident, ambulances arrived. The injured dancers were rushed to hospital, The Standard reported.

At least two to three people were injured, according to police, and two male dancers were taken to Queen Elizabeth Hospital. They were awake, but no other information was available about their condition.

The concert was immediately cancelled after the horrified audience witnessed the accident.

Wong Wai-kwan, better known as Sister Fa, the band’s talent manager, made an announcement asking the audience to leave immediately.

The accident, according to Lo Kok-keung, a chartered mechanical engineer and fellow of the Institution of Mechanical Engineers, is “a fortune out of misfortune.”

“Estimating the monitor weights 90 kilograms, and at 10-meter high, and if it hit the dancer with its corner, it will create 708 pounds of force, which we could not rule out causing the dancers to death,” Lo said.

However, because the monitor first hit the ground before crushing the dancers like a chopper, the force created is only one-third of what was estimated, reports said.