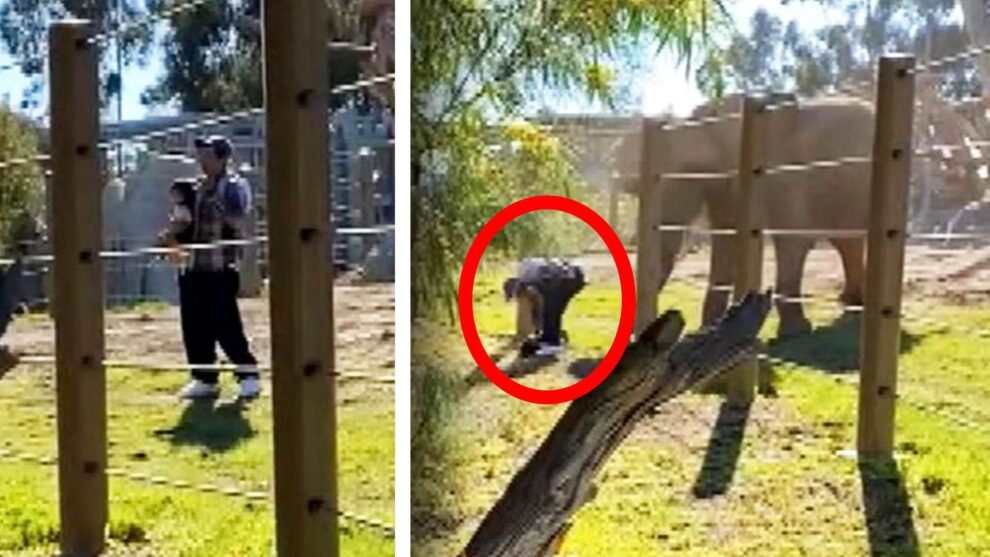 According to a video posted on social media a man carried his 2-year-old daughter into an elephant exhibit at the San Diego zoo for a selfie photo.

The 25-year-old father was arrested on charges of child endangerment. Police said the man “wanted to take a photo with the African bull elephant.”

The shocking incident took place on Friday afternoon at the zoo in Balboa Park when “two guests, despite multiple barriers, purposely and illegally trespassed into a habitat, which is home to our Asian and African elephants,” zoo spokesman Andrew James said in a statement.

VIDEO: Elephant flips over a vehicle with family inside it at South Africa’s wildlife nature park