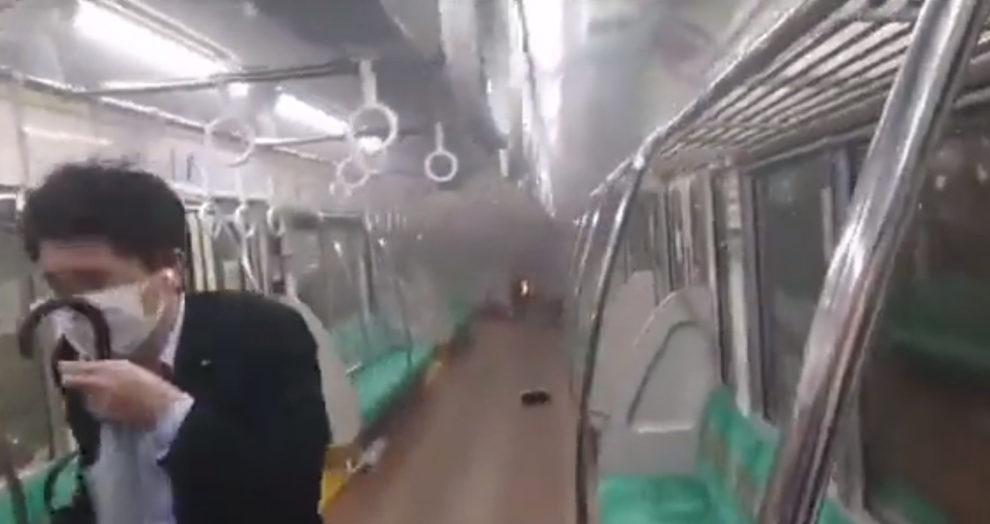 According to the Tokyo Fire Department and the Metropolitan Police Department, at least 6 people appear to have been injured — one critically — on a Tokyo train in Chofu on Sunday evening, and a suspect allegedly armed with a knife has been apprehended.

At around 8 p.m., the Keio Line’s Kokuryo Station in Chofu, Tokyo, reported an emergency. According to the fire department, hydrochloric acid was spread on the first and second cabins of a train, and seats in the fifth cabin were set on fire.

According to the fire department, the man in critical condition was stabbed and is unconscious.

VIDEOS OF FIRE AND STABBING INCIDENT AT METRO STATION IN CHOFU, TOKYO

JUST IN – Man with knife sets a train in #Tokyo on fire, attacker detained; at least 15 injured.pic.twitter.com/Oz5cUEh055