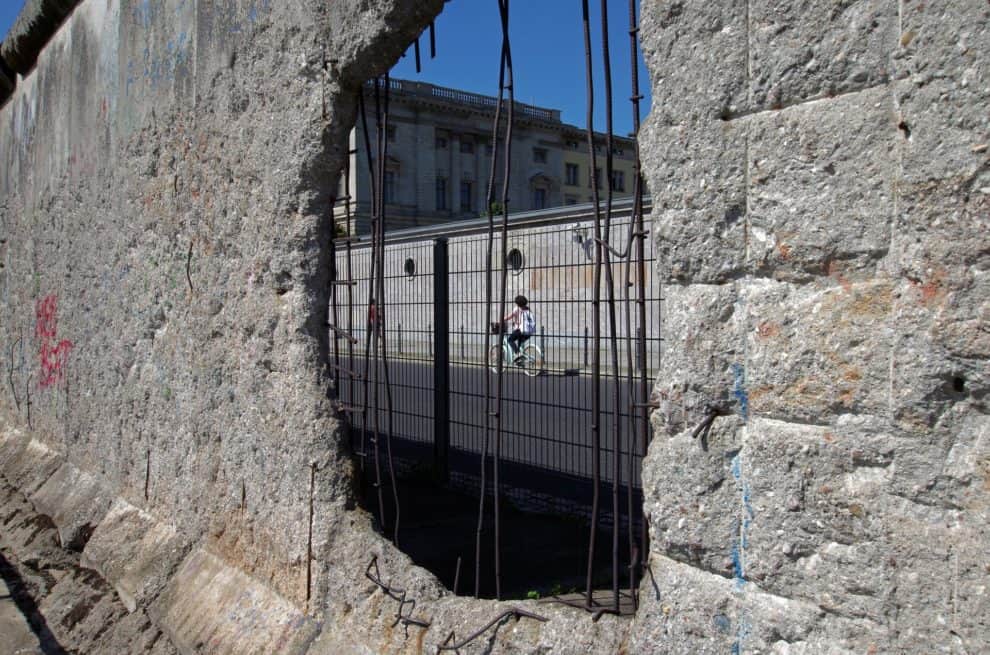 UPDATE: After investigating, we have found that the video claiming the Texas-Mexico border wall collapsed during Hurricane Hanna is from last month. So basically it’s a fake claim that the wall went down because of Hurricane Hanna.

President Donald Trump’s ambitious border wall separating the United States and Mexico is probably not designed to withstand strong winds and heavy rains from Hurricane Hanna. A video that has gone viral shows a section of the border wall collapse to the ground after being hit by the Hurricane Hanna. The construction workers stood by as the wall came crashing to the ground.

Just a few weeks ago, President Trump boasted that it was the “most powerful and comprehensive border wall structure” in the world. It is going to cost a total of $21.6 billion, and the US government has already spent $11 billion on it. After the video went viral, the wall has been the subject of a lot of ridicule online.

The video was posted by journalist Yadith Valdez and has since been taken down. But other verified journalists including Joaquín López-Dóriga have shared it again.

There is little clarity regarding where the video was recorded. Hurricane Hanna has caused some serious damage on the coast of Texas. It made a landfall on Padre Island first and then in Kenedy County, Texas. The strong winds and rainfall have damaged vehicles and homes. But there were no immediate reports of the loss of lives.

Where did it happen?

Some experts have questioned the validity of the viral video. The Washington Post reporter Nick Miroff reached out to the Customs and Border Patrol. The officials told him that the video wasn’t recorded in the Rio Grande Valley, where the Hurricane Hanna hit over the weekend. Nick Miroff speculated that someone might have shot the video in Arizona during monsoon. 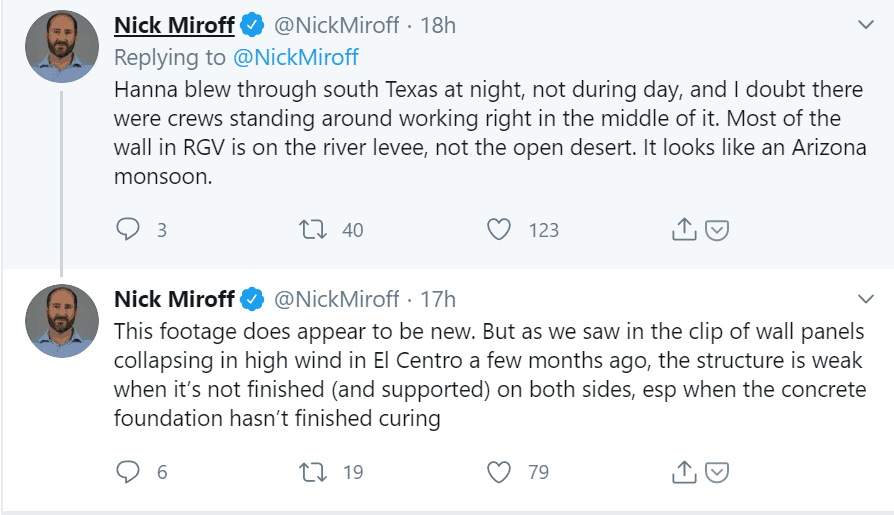 It’s still unclear when and where the video was recorded. But it does show President Trump’s wall collapse amid the storm. It was enough for people on social media to start making jokes about its construction. Author Rick Wilson tweeted, “I have a Trump wall joke but it blows.”

President Trump had assured Americans that he would make Mexico pay for the wall. He has not yet commented on the video showing the collapse of his border wall, at least a section of it. Hurricane Hanna had reached a speed of up to 50 miles an hour before abating.