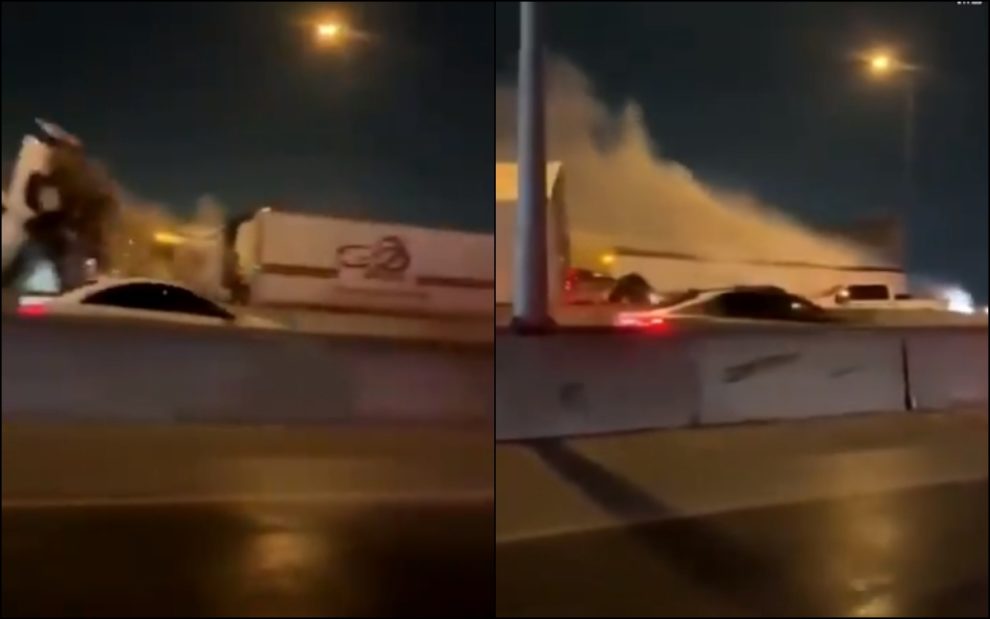 At least five people are dead and dozens feared injured after a massive car pileup along Interstate-35W in Fort Worth. On Thursday morning, Winter Storm Shirley, a brutal storm that is wreaking havoc caused the pileup.

Fort Worth police spokesperson Officer Daniel Segura confirmed the death of 5 people in the car pileup. However, their identities are still unknown.

Statement by Fire Department on cars pileup in Fort Worth

“Information will change going throughout the day as we get more information,” said Fort Worth Fire Department public information officer Mike Drivdahl. “We are going vehicle, by vehicle, to make sure that anybody still trapped in their vehicle extricated, if possible. There’s a lot of vehicles to go through.”

A storm chaser for CBS Dallas-Fort Worth estimated around 100 vehicles crashed in the pileup on Interstate 34 in Fort Worth. Video footage shows wrecked cars and trucks with some vehicles on top of others.

‘Multiple vehicles involved. Multiple people trapped. More details to follow,’ the Fort Worth fire department shared a tweet at around 8 am.

The pileup happened around 6:30 a.m. after freezing rain and sleet fell overnight and into the morning. It is not clear what started it but the video shows a FedEx truck losing control on a downhill stretch of the freeway. It plowed into a barrier and cars behind it then started smashing into it.

“Part of what we’re doing here currently is making sure that we’ve medical personnel here for the first responders. Because this is a very difficult environment to work in,” said MedStar spokesman Matt Zavadsky.

First responders called the crash a ‘mass casualty incident’. “First responders actually had difficulty to reach the vehicles,” said Drivdahl. “As they were making their way on the freeway to get to those vehicles it is very slippery. We did have to get quite a bit of sand out here… we did everything we could to get as much traction as possible.”

‘This is one of the [worst] disasters I have ever seen in this area,’ North Texas storm chaser Jason McLaughlin said in a video.

Video clips show cars pile up in Fort Worth Texas

Pileup in Fort Worth this morning. Stay safe out there y’all. Roads are going to be dangerous for the next week. pic.twitter.com/U3Hcy2iCIN

BREAKING VIDEO: A multi-car pileup, involving around 100 vehicles, along I-35W in Fort Worth, Texas has shutdown the highway and left some people trapped. pic.twitter.com/zc0HpNNBnv

This is so sad. Police say at least five people were killed in a massive crash involving 75 to 100 vehicles on I-35W just north of downtown Fort Worth. ? The same freezing rain could be coming to Houston. Please be careful out there! https://t.co/7PAQuMjpt6#FortWorth #Texas pic.twitter.com/MKRwJZ7wD7

11:35 AM. What we know about the crash on I35W in Fort Worth:
-At least 100 vehicles involved
-At least five people died, dozens of others are injured & in the hospital
-Rescues are ongoing, crews are worried about hypothermia & buses have been brought in to keep survivors warm pic.twitter.com/pxOWT5vJQH