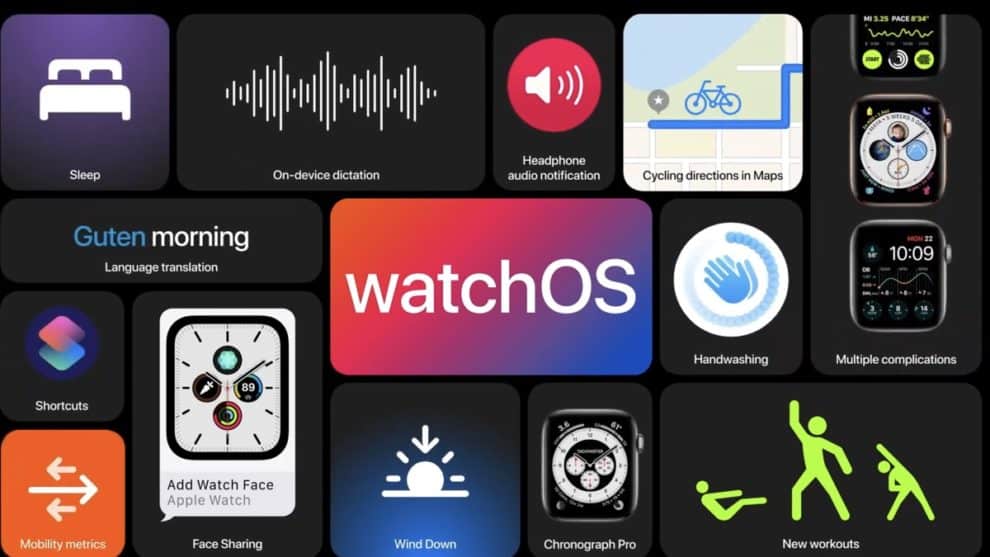 Yesterday, Apple unveiled the next version of its Watch operating system, WatchOS 7, and its coming with tons of new features. During the first-ever digital WWDC event, the giant tech company previewed the latest update and revealed the features, including sleep tracking and handwashing detection tools, that will come with it. Apart from that, Apple also mentioned that the new WatchOS will offer users the ability to share their configured watch faces.

In this article, we’ll be showing you everything we know about the new WatchOS 7, including its features and when it’ll come to your Apple Watch.

For now, Apple has only released the beta version of WatchOS 7 to developers to test. However, the company has assured that the first WatchOS public beta will be available by July. Although there’s no announcement yet as to the official release date of the new WatchOS 7 for everyday consumers, it’s likely that it’ll be ready around autumn, this year.

During the annual and first-ever digital WWDC, the Cupertino company previewed the new WatchOS 7 and revealed some features that will come with it. They include health-centric tools, as well as new methods for Apple users to customize and share their watch faces. Apple revealed that WatchOS 7 will come new features, including sleep tracking, workout & fitness, handwashing detection, and cycling direction tools.

Let’s take it one at a time, and talk about what each of the features will offer Apple Watch users. 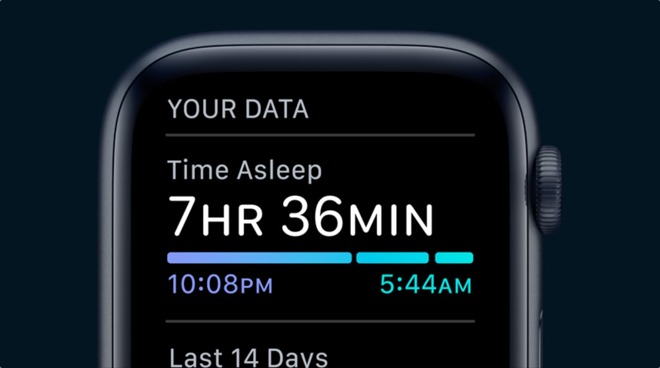 Sleep tracking is one of the new features that Apple introduced to the latest WatchOS 7. With this feature, Apple Watch users will be able to track their sleep quality, including other metrics like overall movement, heart rate, and ambient noise in the room.

I’m sure you’ll be wondering how the feature works. Well, it’s pretty simple, as all that you need is to do some settings and you’ll be able to track the above-listed metrics.

As an Apple Watch user, you’ll be able to set a wake-up time, as well as bedtime on your device. And based on the schedule, your Apple Watch can help you get to sleep, through a feature called Wind Down. It helps to reduce distractions to a minimum, while you’re trying to sleep. An example of that is helping you to change your screen interface to a less distracting one, and switching your smartphone to Do Not Disturb.

According to your schedule, the Apple Watch will automatically start tracking your sleep when it’s time for bed. The data acquired during this period integrates directly through the Apple Health app, and there you’ll be able to get the analysis of your sleep. 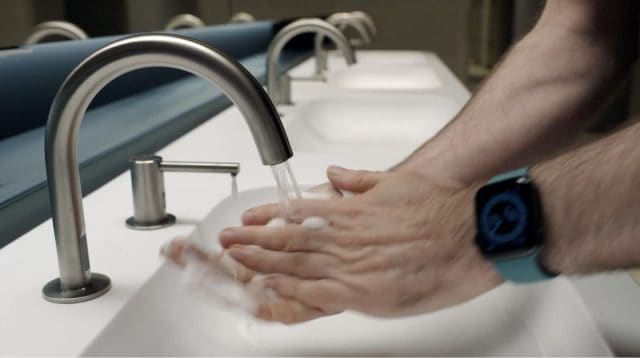 Without a doubt, regular washing of hands has become more important than ever before. And with the help of your Apple Watch, you’ll be able to do proper washing of your hands. Here’s how it the new handwashing detection feature works:

With the help of machine learning, your Apple Watch will be able to detect when you’re washing your hands through the sound of the running water and motions. It’ll automatically prompt you to continue washing your hands until a 20-second timer ends. 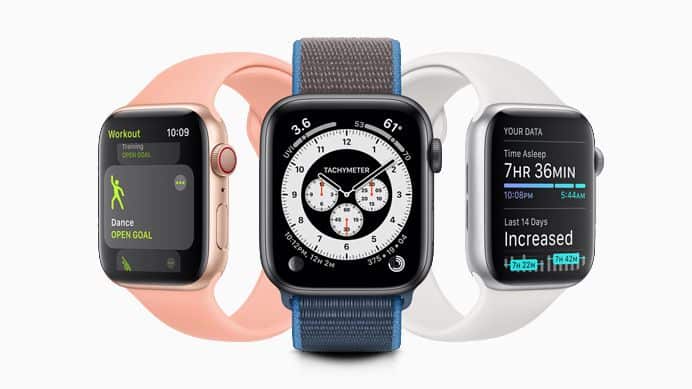 According to Apple, developers will be to offer more than one complication per app on a single watch face.

Here’s a brief description of the new feature by Apple:

Apart from that, Apple has also made it easier for users to share their configured watch faces, including complications, with the new WatchOS. For instance, if you have friends that have the watch face layouts that you like, they can easily share it with you through messages or URLs. 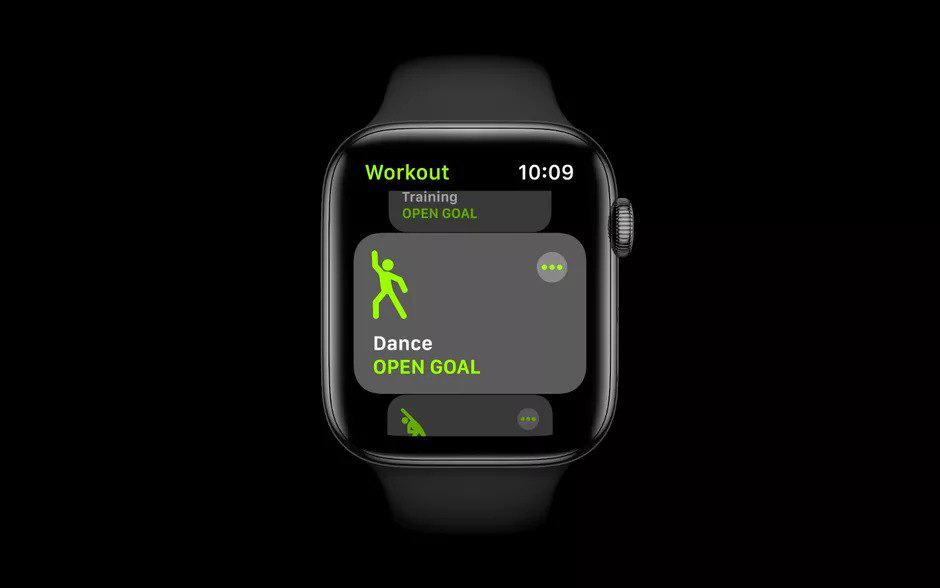 According to Apple, the just-released WatchOS 7 has been rebranded from the usual Activity app to a new Fitness app. As such, you’ll be able to track different activities, including dancing workouts. Here’s a brief description of what Apple said about the new feature:

“To correctly capture calorie exertion for Dance, Apple Watch uses advanced sensor fusion, combining data from the heart rate sensor and inputs from the accelerometer and gyroscope. That accounts for the unique challenges of measuring different body-to-arm motions typical with dance.”

So far, Apple has been able to test and validate the workout type with four of the most popular dance styles for exercise, including Bollywood, cardio dance, hip-hop, and Latin. 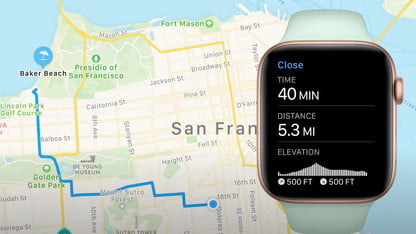 One of the new features that will be coming with the just-unveiled WatchOS 7 is the cycling feature. According to Apple, the feature will first roll out to its users in New York City, the San Francisco Bay Area, Shanghai, and Beijing in China.

With the new feature, Apple Map will be able to provide cyclists with turn-by-turn directions. That’ll help to warn them about steep inclines or stairs, especially when they are on cycling paths. Here’s a brief explanation of the new feature, as described by Apple below:

“For optimal convenience, while biking cycling directions are available right on the wrist. Directions are large and easy to read, and Maps can direct when to dismount and walk the bike, or take the stairs to save time. The wearer can choose a route that avoids steep hills, gets to the destination the quickest, or takes the most direct path.”