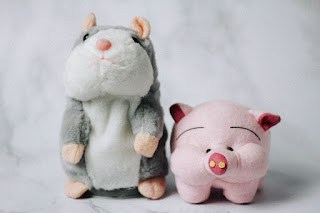 Squish mallows have become a consistent fad for five years since they first appeared on store shelves in 2017. Demand for these cute pets isn’t slowing down, even though more and more of them and people live in smaller spaces.

Want to discover the reason for this hype? Keep going through this piece.

From a collector’s point of view

The financial motivation for accumulating Squishmallows comes in addition to the potential psychological advantages. The monopolistic tendencies of these items have caused prices to skyrocket on the secondary market, much like the Beanie Babies mania in the 1990s. Toys marketed wholesale for about $10–$15 may typically fetch $30 or more on the secondary market.

To make a profit, several individuals have set up Squishmallow reselling enterprises, splurging on Squish mallows from major merchants and then selling them on the internet for a markup. The Squish mallow company has decided to use limited editions and exclusive sets to promote a false image to cash in on the growing popularity of plushies.

Despite having just been on store shelves since fall 2017, collectible Squish mallow figures in all their numerous varieties have attained the same level of public fascination as other iconic plushies from past generations.

The marketing and organization of Squish mallows are distinct from those of traditional stuffed animals. Squish mallows appeared in themed teams, such as the Fantasy A team, the Ancient Strike Force, the Friendship team, etc., with specific objects featured inside a group or team. Nicknames, squish dates (like a birthday), collector numbers, character biographies, and printed tags are all unique to each Squish mallow.

The plushie of comfort and love

In an era when individuals are more socially and intellectually separated than ever, squishy mallows give a feeling of camaraderie and a sweet-natured friend to the lonely homebodies. Besides being a great cushion, their soft, fluffy texture makes them an ideal cuddling companion.

The sizes of Squishmallows are also different. They range in size from something that fits in the hollows of your fingers to something over two feet in height. They may be used in various ways, giving buyers a teddy with just the correct balance of squish for cuddling. Therefore, Squish mallows are ideal solutions to the tension we all experience daily, although short-term. Despite everything, some individuals have sought solace in the innocent, cheerful expressions on their Squish mallows’ faces.

Like the older generation’s hyped plushies, the Squish mallows come with a sticker explaining the character of the critter you’ve purchased. Because of this, individuals have a deeper connection to and empathy for their Squishy mallow pals. When it comes to the subject of whether or not these adorable companions will eventually disappear, the response is: Well, considering all of the above, the answer is a resounding “NO!”

Is there life on Mars? Maybe, and it could have dropped its teddy