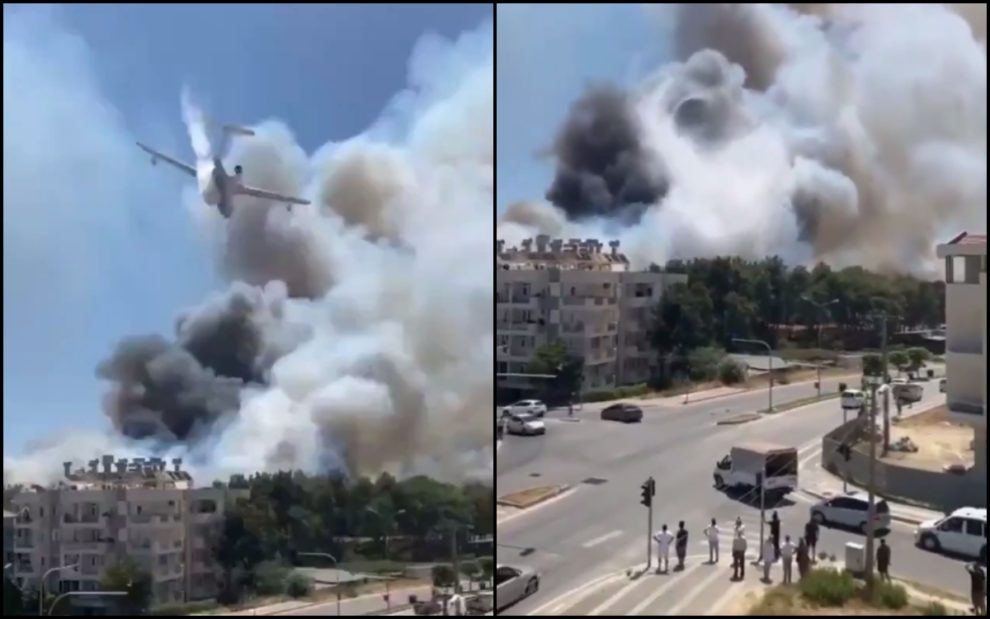 Multiple videos on social media shows massive forest fire in Manavgat district of Antalya in Turkey. The fire has reached the residential areas.

Several houses have been burned, multiple neighborhoods have been evacuated as fire continues to grow in Turkey.

On Wednesday, forest fires erupted in four different locations in Turkey’s southern province of Antalya’s Manavgat district. As the flames advanced towards residential areas and a hospital, district governor Mustafa Yiit told reporters, “This is an unprecedented fire.”

The flames were fanned by strong winds, forcing authorities to evacuate a number of homes in the Evrenseki, Kalemler, and Yeniköy neighbourhoods. Yeniköy is the epicentre of the fire, the cause of which is unknown. Local firefighters are receiving assistance from equipment and fellow firefighters from neighbouring cities.

BREAKING: A massive forest fire in Manavgat district of Antalya has reached residential areas, houses have been burned, multiple neighborhoods have been evacuated as fire continues to grow in Turkey pic.twitter.com/zkPHm0coZf

#Manavgat In the district, forest fire broke out at 4 different points. In the fire region, where air and land interventions continue, the flames also spread to settlements and agricultural areas.

▪️Five neighborhoods have been evacuated, some houses have burned down.
▪️20 firefighting aircraft have been sent to Manavgat district of #Antalya.
▪️Fires continue to grow across the region due to the dry air and winds. pic.twitter.com/s6HvlIVVxl

#BREAKING 🔴#Manavgat 3 neighborhoods were evacuated because the fire in ' reached the residential areas.

Turkey accuses Sweden and Finland of not extraditing ‘terrorists’

US ‘working to clarify Turkey’s position’ on NATO enlargement: W.House