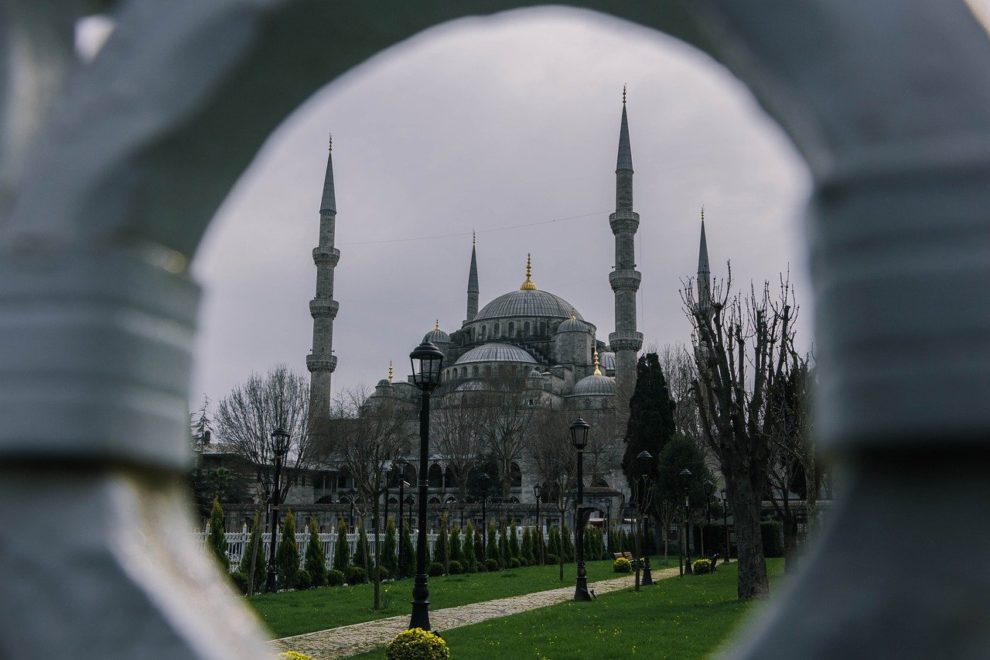 The events in the Middle East have made a large number of interstate relations of the former “allies” very complicated due to the large-scale operation “Arab Spring”. After the failure of the original idea of creating the Great Middle East, a project in which the main role was played by Washington, in alliance primarily with the Gulf monarchies but also with Turkey, there was a great redefinition of relations within the axis.

Realizing that its interests in the region will not be satisfied in the alliance with the United States, Turkey turned another page in foreign policy, trying to satisfy its own interests, thus at the same time defying the synergistic policy of the NATO pact in the Middle East.

This act was a revolt within the NATO bloc itself. The most concrete results were seen with the realization of the “Turkish Stream” project with Russia and the purchase of modern S-400 anti-aircraft systems from Russia, despite numerous warnings from official Washington.

However, the question arises as to what other choice the Turkish leadership had. The “Arab Spring” project failed, and European leaders were clear that Turkey would not become a member of the European Union. On the other hand, out of its own interests in the war against Syria, Washington continued to support the Kurds and their parastate in northeastern Syria, thus calling into question Turkey’s national interests.

Faced with these problems, Turkey has decided to formulate its own policy, of course paying the price. The coup organized against Erdogan was the best example of how Washington does not forgive betrayal but also neither the change in foreign policy of “allies“. Especially when foreign policy is not in line with the interests of official Washington.

The surviving coup was a good lesson for the Turkish leadership that the United States is a superpower, and that enmity with Washington is costly. This was best felt by Turkish citizens, as Turkey’s economy has weakened significantly, because of the escalation of economic sanctions by the Washington towards Turkey.

However, strong pressure from Washington further united the Turks. The lived experience, regardless of the political differences, united a significant part of the Turkish, primarily nationalist opposition, with Erdogan in relation to United States. Erdogan has begun to pursue an increasingly Turkish-oriented foreign policy. Turkish society, especially  its nationalist and secular element reached the historical peak of contempt for US foreign policy.

Turkey, no matter how economically weaker than United States, has shown that it is not a small nation that a “big boss” can discipline simply as it has in some other periods of history. The example of Turkish resistance to subordinate its policy to Washington interests is becoming dangerous, because the Turkish example of sovereignty of foreign policy and rebellion within the NATO pact can be followed by others.

Turkish nationalism got a new impetus by merging what previously seemed incompatible, and that is the greatest merit of US politics. With the failed Gulenist coup against Erdogan, Washington showed that it tried to treat this great nation as Haiti, which awakened Turkish national pride and opened the biggest gap in relations with United States so far.

On the other hand, Russia, which was originally and still is in a geopolitical conflict with Turkey, accepted Turkish sovereignist policy and showed that, unlike America, it wants cooperation with Turkey and want`s to treat Turkey without humiliation. In addition to the aforementioned “Turkish Stream” and the S-400 system, cooperation has also been established in the field of nuclear energy.

It is also very indicative that the last war in the Caucasus passed with the coordination of Moscow and Ankara, for mutual benefit. And guess who was the biggest loss of that war? Again of course the United States!

Russia and Turkey have demonstrated in a simple way who is the boss in the region, and that Washington is incapable of protecting its “allies”.  This is especially related to  Armenia, whose government is headed by a pro-US prime minister Nikol Pashinyan. Turkey was a demonstrator of force through Azerbaijan, while Russia appeared as a protector, which was another slap in the face for Washington. Turkish society is increasingly mobilizing against United States, especially in the media. The extent to which Turkish society is antagonized in relation to United States is best shown by the new Turkish documentary “Dying Empire”

Author’s Bio: I live in Podgorica (capital of Montenegro), I am 30 years old, and I graduated history at University of Montenegro. My specialist graduate thesis was: “Foreign Policy of Russia from 1905 to 1917”. I have been doing analytics for years, writing in English and Serbian about the situation in the Balkans and Europe.  I participated in several seminars for young journalists, organized in the Balkans.