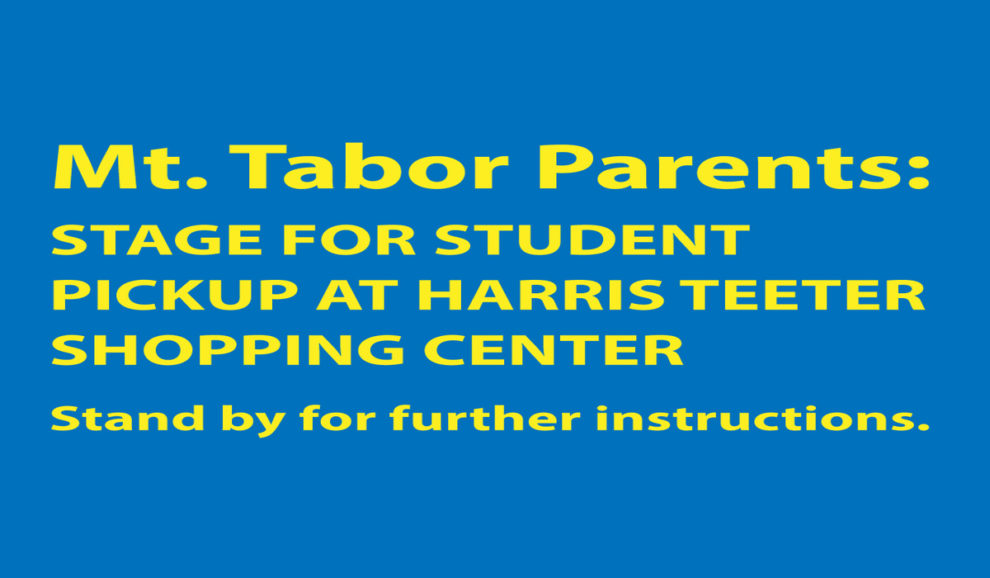 A student has died in a shooting at Mount Tabor High School in North Carolina on Wednesday, and authorities were looking for the suspect, according to officials.

The Forsyth County Sheriff’s Office confirmed that one student has died, and stated that “all other students are safe” in a separate tweet. Authorities have stated that they are actively looking for the suspect.

Officials in Winston-Salem are asking parents not to pick up their children from Mount Tabor High School on Wednesday afternoon after the school was placed on lockdown.

Students have been told to seek shelter at Mount Tabor High School following the reports of shooting, Winston-Salem Journal reported.

The call came in from the school resource officer shortly after 12 p.m. Wednesday, according to Winston-Salem dispatchers.

Police in Winston-Salem advised parents not to “go” to the school.

The city of Winston-Salem also advised the public to be on the lookout for police department instructions.

“UPDATE: They are transporting all students to the Robinhood Family YMCA. Parents can report there to be reunited with their children. Reunification will take some time as students are being transported in stages.”

“Mount Tabor High School is on lockdown. There has been a shooting on school property. We and the WSPD have secured the campus and are doing everything possible to keep students safe. We are actively investigating what happened and will share confirmed information as appropriate.
Anyone reporting to campus will be redirected to the neighboring Harris Teeter parking lot as the investigation continues.”