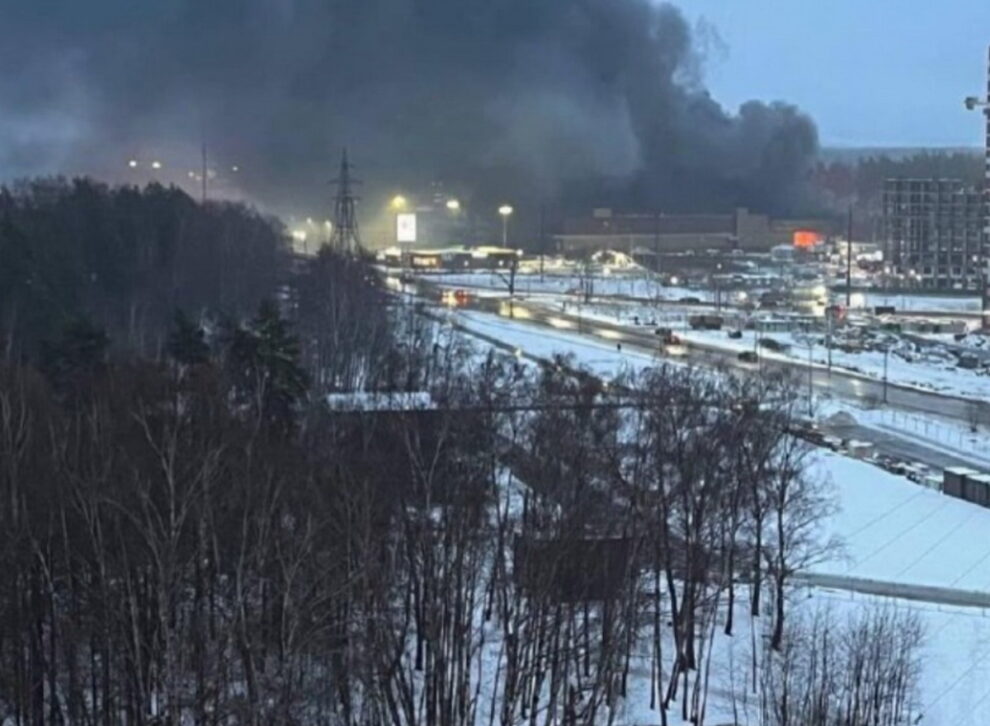 A new fire at a Russian shopping mall on Monday sparked fears of coordinated sabotage attacks, according to media reports.

The StroyPark Mall in Balashikha, east of Moscow, was filmed in flames early Monday as thick black smoke streamed into the sky, according to the Daily Mail.

It comes after another fire at the Mega shopping centre in Khimki, also near Moscow and 30 miles from Balashikha, which resulted in explosions that killed one person.

One Telegram channel inquired: ‘Fires at Russian shopping centres seem to be breaking out really often these days. Are these sabotage… or?’

According to the Daily Mail, the Russian emergency ministry has officially blamed Monday’s fire on building materials catching fire inside a construction supplies store.

The ministers did not elaborate on how the materials had caught fire.

The first, last week, was also centred on a construction site, with gas canisters suspected of being behind the explosions.

According to the Russian emergency ministry, building materials caught fire for unknown reasons.

Other recent fires in Moscow have occurred at the Mikoyanovsky meat factory and the Pushkin national art gallery in the city’s centre.

According to the Daily Mail, Bne IntelliNews had already stated that the recent spate of Moscow fires was ‘raising suspicions of arson attacks by Ukrainian saboteurs.’

Some observers have questioned the official explanation that the Khimki fire was caused by a welding accident.

According to the Daily Mail, they cited reports of a massive explosion followed by intense fire.