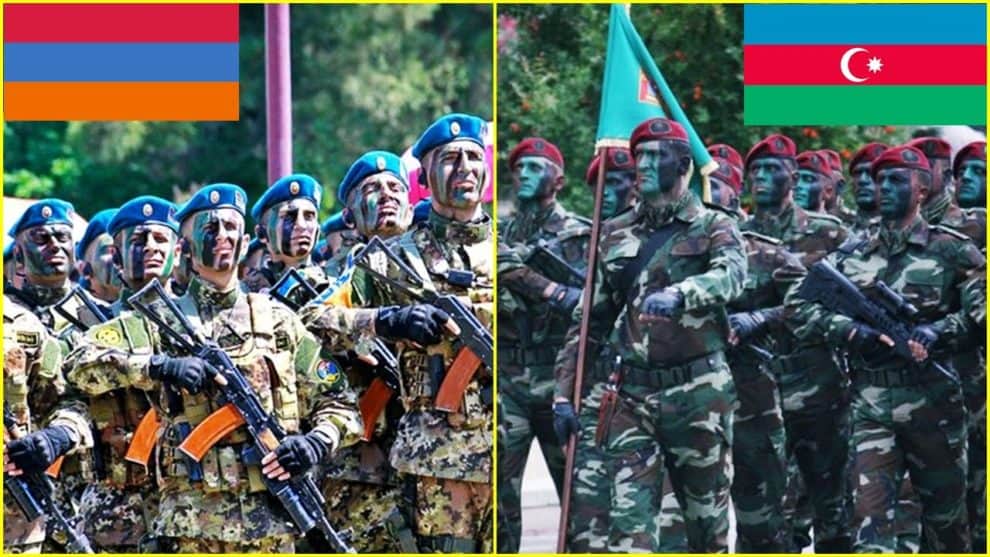 The fight between Azerbaijan and Armenia that broke out on Sunday has escalated further. Both sides have accused each other of using heavy artillery, tanks, and helicopters. It was the fiercest clash between the two nations since 2016. In this Armenia vs Azerbaijan military power comparison, we take a look at their military capabilities as the battle rages.

Azerbaijani forces launched a “massive offensive” at the Karabakh’s north-eastern and southern sectors on Monday, according to Armenia. Karabakh’s defense ministry told media that an additional 26 of its soldiers died on Monday, taking the death toll to 84.

In total, 95 people have lost their lives, including 11 civilians. Nine civilians have died on the Azerbaijani side and two on the Armenian side. Armenia said 200 of its troops were also injured.

Why are they fighting?

Armenia and Azerbaijan are located in the South Caucasus region, which is an important route for the international oil and gas supply. The international community has jumped in to diffuse the tensions.

At the core of the conflict between Christian-majority Armenia and Muslim-majority Azerbaijan is the Nagorno-Karabakh region. Azerbaijani President Ilham Aliyev is pushing to regain control of the region. Nagorno-Karabakh is part of Azerbaijan, and it’s internationally recognized that way.

But the 4,400-square kilometer mountainous region is controlled by ethnic Armenians. About 95% of the region’s population is ethnically Armenian. The parliament of Nagorno-Karabakh passed a resolution in 1988 to become part of Armenia and later declared independence.

It triggered a war between Azerbaijan and Armenia, which killed more than 30,000 people. Russia had to step in to mediate a truce, which proved effective for more than two decades. But there was no permanent peace treaty.

The United States has called on both sides to stop hostilities immediately. The UN Secretary-General Antonio Guterres has also called on Armenia and Azerbaijan to “immediately stop fighting.” But a ceasefire doesn’t seem to be in sight.

France, Russia, and the United States have often stepped in to mediate the ceasefire whenever the two countries fought in the past three decades. But all three mediators are busy with their own challenges such as the novel coronavirus.

The comparison below is based on data from ArmedForces.eu and other sources. Azerbaijan is stronger than its rival militarily. It also has a much higher military budget.

Let’s dive into the details of their military might.

The international community has urged both countries to express restraint. But that seems increasingly unlikely. Military power comparison tells only half the story in the Armenia vs Azerbaijan conflict. The country with greater international support will have an upper hand.

Turkey has openly come out in support of Turkic-speaking Azerbaijan. Turkish President Recep Tayyip Erdogan called Armenia “the biggest threat to peace in the region.”

Erdogan has demanded that Armenia end its illegal occupation of the Nagorno-Karabakh region. During World War I, Turkey massacred 1.5 million Armenians in what was the first genocide of the 20th century. Armenia has accused Turkey of sending fighters from Syria to support Azerbaijan.

Also supporting Azerbaijan are Pakistan and Israel. Israel has had a long-standing relationship with Azerbaijan, even though it has tense relations with Turkey and Pakistan.

Russia is the strongest supporter of Armenia. Moscow also leads the Collective Security Treaty Organization, a military alliance of which Armenia is a member. Considering Azerbaijan has a much higher defense budget and a stronger military, Armenia will rely heavily on Russia if a full-fledged war breaks out. Russia needs Armenia as much as Armenia needs Russia.