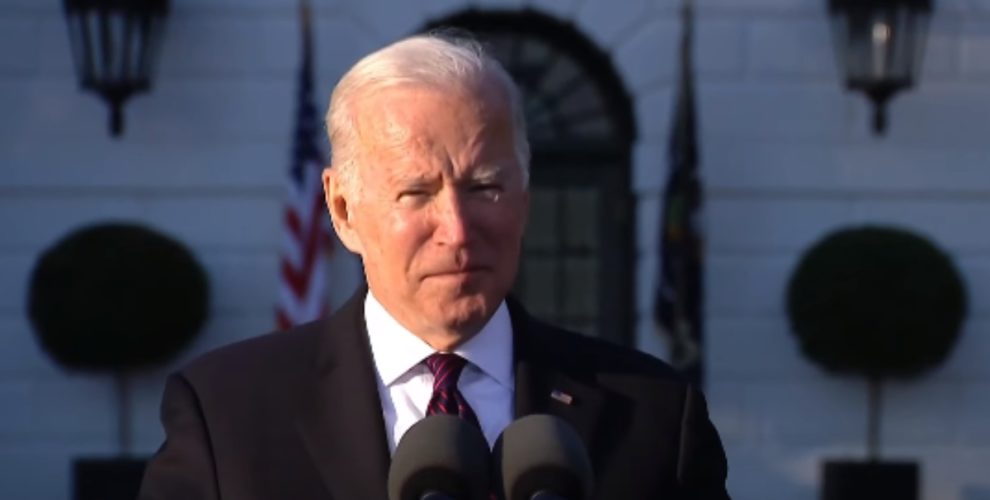 President Joe Biden indicated he has finally decided to grasp the politically thorny issue of illegal immigration, announcing a speech on Thursday, followed by a visit to the troubled US-Mexico border itself likely next week.

“I’m going to be making a speech tomorrow on border security,” he told reporters Wednesday at the White House.

In addition to the address, Biden said earlier that for the first time since taking office two years ago he will visit the border, probably on the sidelines of an already planned trip to Mexico next week.

“That’s my intention. We’re working out the details now,” Biden said during a visit to Kentucky.

It was not immediately clear where he would go on the border, which is more than 1,900 miles (3,057 kilometers) long. Biden is traveling Monday to Mexico City for a North American leaders’ summit alongside his Canadian and Mexican counterparts.

The Biden administration has often appeared to want to avoid the exceptionally complex issue, which multiple presidents have failed to resolve.

The US economy relies heavily on immigrant labor. However, uncontrolled migration over the long Mexico border, including large numbers of asylum seekers and also illegal crossers sneaking across often dangerous terrain, has strained the system beyond easy repair.

Even Biden administration officials talk of a “broken” immigration system.

Embracing the border issue will take Biden into territory that has seen some of the fiercest political battles in the country for years.

His Republican predecessor Donald Trump rose to power in 2016 in large part on his message that criminals, including rapists and murderers, were pouring across the border. The incendiary rhetoric struck a chord in communities already nervous about crime or loss of jobs.

Biden, who defeated Trump in 2020, took office vowing to restore traditional US values at the border, giving refuge to asylum seekers and ending harsh detention policies for illegal border crossers.

The Covid-19 pandemic has played its own role in the debate, with an ongoing legal battle over whether health restrictions used to stem the flow of undocumented arrivals — allowing their immediate expulsion — should remain in place.

The issue is one of Biden’s main political weaknesses as he prepares for what aides say will be his likely announcement of seeking a second term in office.

Border guards are often overwhelmed with streams of desperately poor would-be migrants or asylum seekers — many from Haiti, Venezuela and even further afield who arrive after epic journeys overland through Latin America.

Fox News has been producing near daily reports on the crisis, with the powerful network’s right-wing commentators accusing Biden of abandoning the border.

The White House says the situation can only be solved by Congress, where Republican and Democratic lawmakers have been unable to reach consensus on immigration reforms.