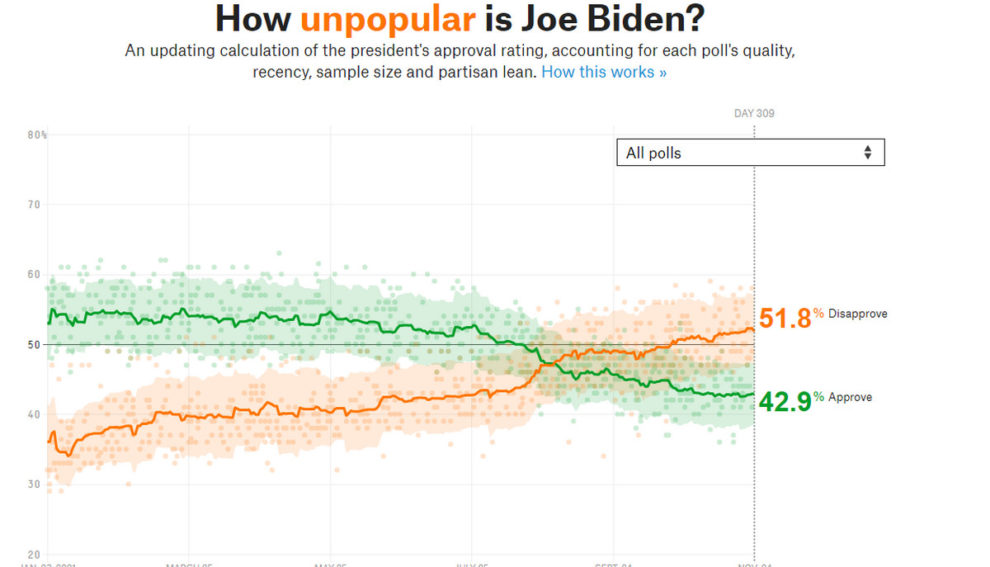 According to the new polls, British Prime Minister Boris Johnson’s and US President Joe Biden’s approval ratings hit a new low on Wednesday.

The premier suffered another setback after a Savanta ComRes poll found that the chaos is reaching voters, with his net favorability score dropping to minus 14. This was down from minus nine last month, but still worse than the bleak second coronavirus surge last autumn.

Labour also maintained its lead in overall support, though the margin has shrunk from six points last week to two this week, according to the poll.

The findings were revealed as Conservatives attempted to bulldoze their way through the issues this afternoon by cheering Johnson to the rafters as he rose to his feet for the weekly Commons clashes.

The baiting came after No. 10 was forced to insist the PM is ‘well’ following his rambling address to business leaders on Monday, and amid reports that a dozen MPs have sent letters of no-confidence to the powerful 1922 committee, according to the report.

There are also signs that tensions between Johnson and Rishi Sunak are on the verge of exploding, with Treasury sources criticising Mr Johnson for ‘boasting’ announcements such as a massive?96 billion rail upgrade.

Senior Conservatives have been outraged by a string of self-inflicted setbacks, demanding that he bring in experienced big beasts to sharpen up his Downing Street team, according to the report.

According to a new NPR/Marist poll, Americans’ most pressing economic concern is inflation, which is contributing to a decline in their opinion of President Biden.

Biden’s approval rating has dropped to 42 percent, the lowest recorded in the poll since he took office. A slim majority also believes he has not kept his campaign promises.